The title, Speculum, is intriguing and ambitious. The Latin affirms the desire for knowledge and the need to return to the source in order to understand and find. The film uses chapters, with long titles in Latin on a solemn, black background, to expose its reflections on light, with its many symbolic meanings, and on life and being. These are then brought together in a final fast-paced acme. Richard Ashrowan was led to the extended metaphor of mixing water and fire through his passion for endeavours to turn thought into deed, unafraid of meanderings and of research that has been picked up time and again but is historically devalued. This ‘conjunction’ takes place in an alembic; the one used in the film is made of glass, the material that simultaneously reveals and separates, but the film never shows the alembic in full. This instrument was one of the fundamental markers in the quest for light, affirmed at the end of movement 6 with the words of John Dee: “… light is born and this is the final word”, before the fluid, moving prism, the luminous flux of the last movement.

The film exalts in the faith in form establishing meaning. It could be taken as an audiovisual surge that sweeps the viewer along, with shock at the leitmotif of the bloody heart being handled, with the shifts marked by the musical tempi, the variations of the elements in colour, in positive/negative, in the scale of the shot or with the variations in the picture with themes chasing each other, with rectangular layers, vertical strips, and squares added one to the other to re-form the subject. Indeed, the seven movements distinguished by black title cards each convey a moment in time of the quest to transform the elements; they take numerous components and transform them according to the stage of transmutation quoted. It would be easy to just stay fascinated.

The film, however, merits a more active response from us to this reflective, scholarly opus, which works the referent, its sign and the readings of its sign: night shot of the moon / glyph / mathematics and meaning in the world. Semiotic research; how do we make meaning? The film is based on hard work carried out on the history of esotericism and on the search for connections between things and the signs that express them. It denies dogmatic elucidation by inventing a visual vocabulary that borrows from all the elements, while, in a subtle reference, Richard Ashrowan names two great forebears in the credits – “with the particular assistance”, besides John Dee, of Agrippa von Nettesheim, with their dates: 1527 – 1609 and 1486 – 1535.

Dee’s stamp, his texts, are spoken in a warm and meaningful male voice with a captivating tone, unlike the detached voice used by most speakers. The voice knows the Monas Hieroglyphica (The Hieroglyphic Monad), in which Dee developed a cabalistic interpretation of a glyph meant to express the mystical unity of all creation, a glyph that he himself had created by bringing together four signs: an upward-turned crescent moon, the sun as a circle with a dot at the centre, the Elementa (the four elements) in the form of a cross, and fire as a rounded m. Dee’s intention was to explain all things by such script, the signs also being read as numbers: 1 by the dot, 2 by the line, 3 by the cross – the two perpendiculars splitting at one point, 4 the four segments of the cross … likewise the planets … Speculum makes this wisdom the basis of its own plastic translation into variations of light, while the number theory and that of widespread synonymy are posited.

Thus, a calculation is articulated alongside the enunciation of letters. It is given as natural, self-evident, with L expressing 50, V 5 and X 10, which corresponds, in fact, to Latin numbering. However, when you bring these letters together you get more than the sum of their addition: you get the fusion of light; light being LUX in Latin, which is written LVX, since U is indistinguishable from V in capitalised Roman orthography.

This assurance of the linked power of letter and number supports the precipitation of the things in the film, summoned by light as they are brought together by a series of mathematical operations. Uttering the numeral turns out to be performative, because that which it signifies iconically comes about. Uttering the word begets the physical form.

In the same search for concomitance and an understanding of the universe, Agrippa von Nettesheim, of the lineage of esotericists, occultists or magi – about whom it would be a pity to forget that he defended women, recalling the role of Mary, but also that Eve was born in Paradise in the nobility and pre-excellence of the female sex – described “magic squares”, or “planetary seals”, supposed to capture the virtue of the corresponding planets. He calculated various correspondence tables based on the Neoplatonic principle according to which, “each lower world is governed by a higher world and receives the influence of its forces”, or, in Hermetic terms, “all that is below is like that which is above”; the three kinds of world that he distinguished – the elemental, the celestial, and the intellectual world of demons and angels – were simply designed to interpenetrate, and he even thought he communicated with the angels.

The soundtrack mixes worldly sounds with sounds recorded by NASA and other sounds from real-life sources.

It is something of a surprise not to see the name of Bacon in the film, since his spectre is there, since his century, the 13th, turned out to be a century of encyclopedias, before that known as the Age of Enlightenment, since specula represented a departure from explanations provided by the sacred scriptures to the benefit of experimentation and the natural sciences, and since he was among the first to recognise practice as the foundation of knowledge, to think of the cauldron of experiments as the indispensable locus of science – then so close to alchemy. Bacon wrote – in the topical Latin of the scholars – Sine experiential nihil sufficientia sciri potest (Without experiment, nothing can be sufficiently known) , at a time when the venture to transmute gold was nothing but the latest metaphor of the quest for knowledge, of the light of understanding … Mental speculation rather than financial.

This is because the film is neither cultish nor historical, but a personal investigation that pursues the signs, which leads it to this thinking of the thirteenth or the sixteenth or the twenty-first century, of the person who invents in order to compound light / understanding. It goes back to the stages, in stages, because knowledge is earned, worked for. It goes back to light for the connection between beauty and knowledge.

We should probably allow ourselves a little detour around the etymon: speculum is the mirror in which one looks at oneself, in which one sees one’s face, since specio is to look, which led to all the spectacle(s)-based words – in English, spectacles is another term for glasses – including the first speculation as observation of the sky and of the relative movements of the stars using a mirror. The root of specio is also linked to s’étonner (to be astonished), to be surprised by, to see with admiration, to admire and to be enamoured of, to be passionate about and to seek. Which means that far from being afraid of reconciling opposites, they are put together because variance is productive. The shots follow one another , then link the moon and the sun, the former as the mirror of the latter, the moon as the night needed for the day. The moon circles in the dark, while the sun sublimates the roundness of a dewdrop. The light of the sun and the passage of the moon gleam in this film, and fire represents the light of thought. The beauty of this transformation is made by colour, so at the beginning, saturating the picture, and following shots of their more monochrome shades on very fine shafts , some peacock feathers fan out in full colour.

This conjunction, which portends esoteric transformations, presignifies the film.

The first movement of the film uses an alternating montage of close-ups of leaves with sparkling dewdrops, and the movements made by fingers responding to the numbers quoted from Agrippa’s description of what magicians did to signify unknown words without sound. While this is followed by a short montage depicting the abundance of the world’s elements, the sixth movement draws on the same source: the letters of the Hebrew alphabet appear in the centre of the picture, while their correspondence with numbers is chanted by two voices, male and female.

The film follows the stages of calcination, sublimation, albification (whitening), distillation, coagulation, and revivification of alchemy, picking up the earlier themes – the stems and leaves and the bleeding heart, the tumultuous falls of water in rivers, the birds gliding through the clouds – and transforming these through a vessel, of which the viewer only gets glimpses and which is never shown in its entirety. This vessel has a narrow neck and thin arm-like handles, very much like the vessels depicted in the Ripley Scroll held in Edinburgh. Abstract movements are inspired by the effects produced by the catoptric alchemical apparatus with its mirrors – again the Speculum – and the same glass alembic, alluded to in the artistic shift. Fire destroys but makes its point. In the specific, an image is taken from the scroll, an image whose text is used in the title of one of the movements, that of blacke: “I have at first suffered so much from the hot and humid that I am weak” . This image goes through stages: positive, negative, burned at its centre, and reversed so fire resembles water. Acknowledgement comes with two monks leaning over the alembic. They respond to the incursions of the imago of the human, since, besides the hands of the opening numeration, there now appears a spectacled gaze, and some hands wielding the heart, which [images] get caught up in all the other ingredients and in abstract traces of luminous flux in the rapid montage of the seventh movement …

Beforehand, the film en poème enacts its message: “from the hieroglyph, the light”, from the sign comes the light, by working the ways in which the elements move across the screen; since the dashes, the obliques, the squares merge to reconstitute the great map of Dee’s Book of Sciences, whence the project was born.

This tribute to those researchers who wanted light leads Speculum into the sphere of the Tombeau, a literary, and musical, genre, identifying itself as a source of that which it is an ardent tribute. Speculum has mastered the vocabulary, it knows the questions, it likes its esoteric creations. In 1917, the genre was revived in music when Ravel composed his Tombeau de Couperin in six movements for piano: Prelude, Fugue, Forlane, Rigaudon, Menuet and Toccata. This revival was more about paying tribute to a musical form, the Suite, than to a single musician. Now, one hundred years on, in following the stages of the Hermetic transformation of the elements, Richard Ashrowan has composed an “in honour of … experimental research”, chosen as a way of being, in honour of his disciples of the Cipher and of hidden meaning. Like Ohana, who wrote Tombeau de Claude Debussy in 1962, Richard Ashrowan has a great admiration for those he acknowledges as the Ancestors; like the musician, renouncing any funereal lament, he inscribes fragments as material into his own writing. His work is more than a simple acknowledgement however, since he sings his own score, his inner music, himself. Music that bewitches.

The original article, in French, can be found in Traverse Video‘s 2017 Catalog.

Translated from the French by Kay Ridley, 2019. 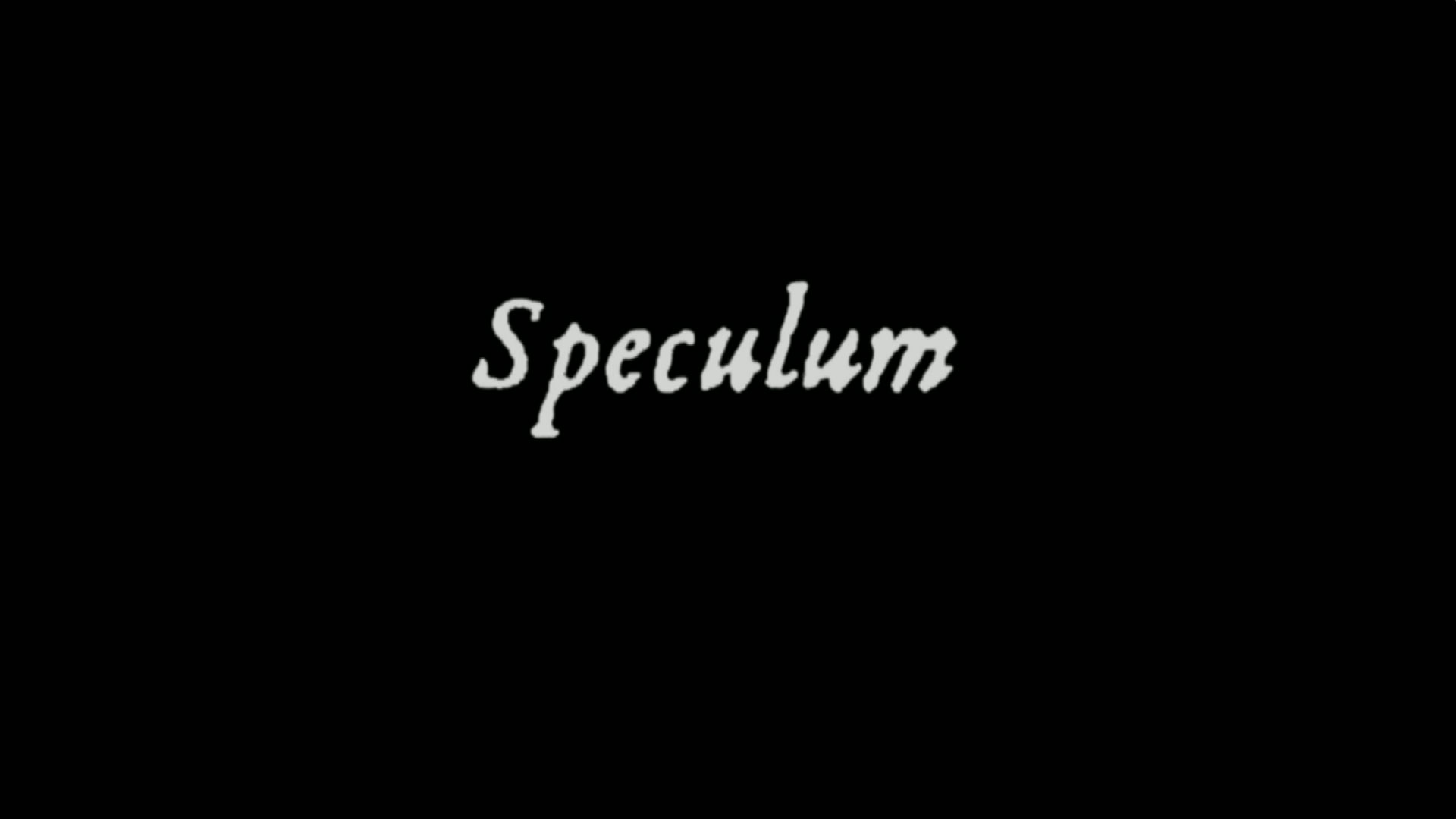 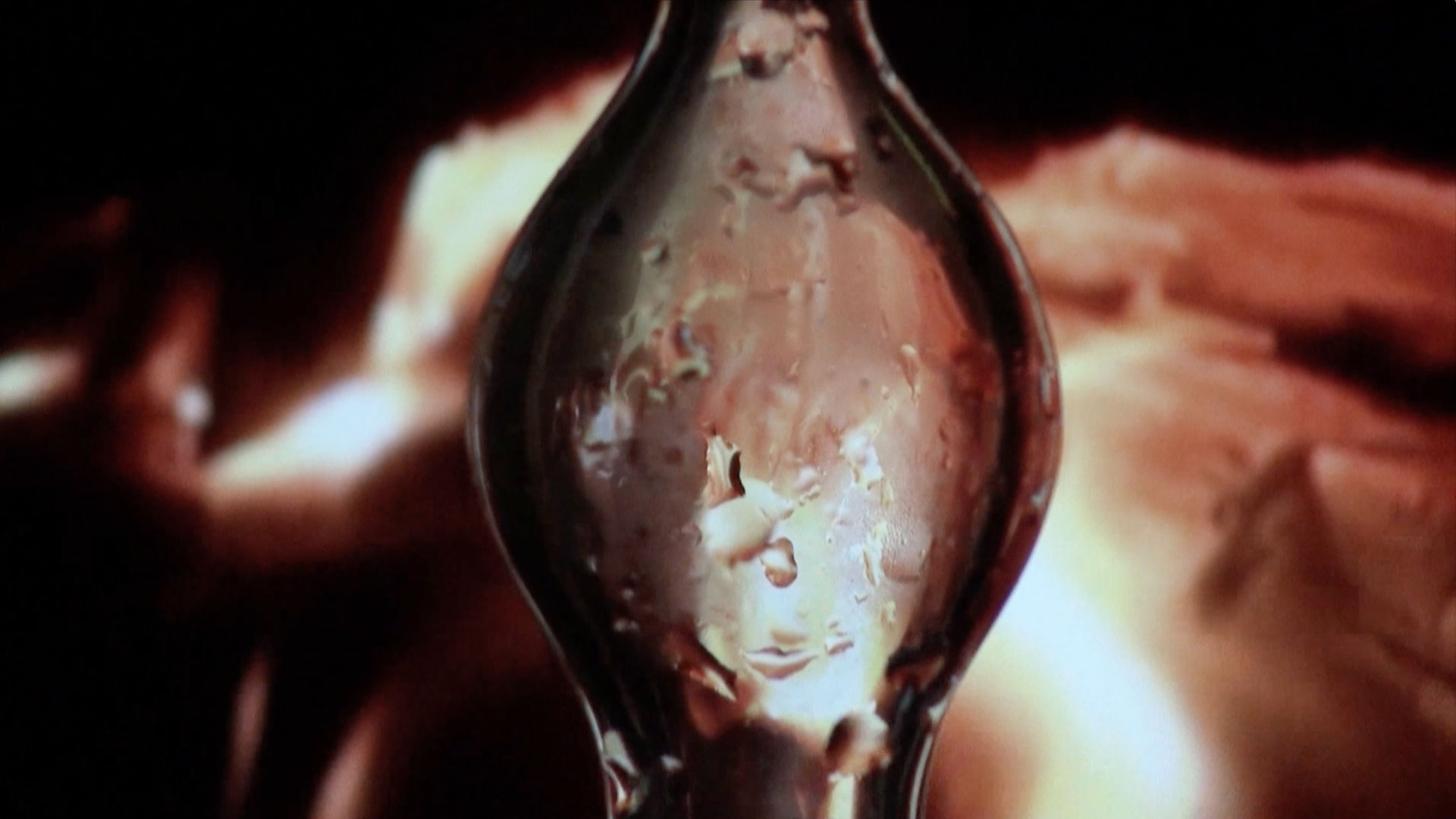 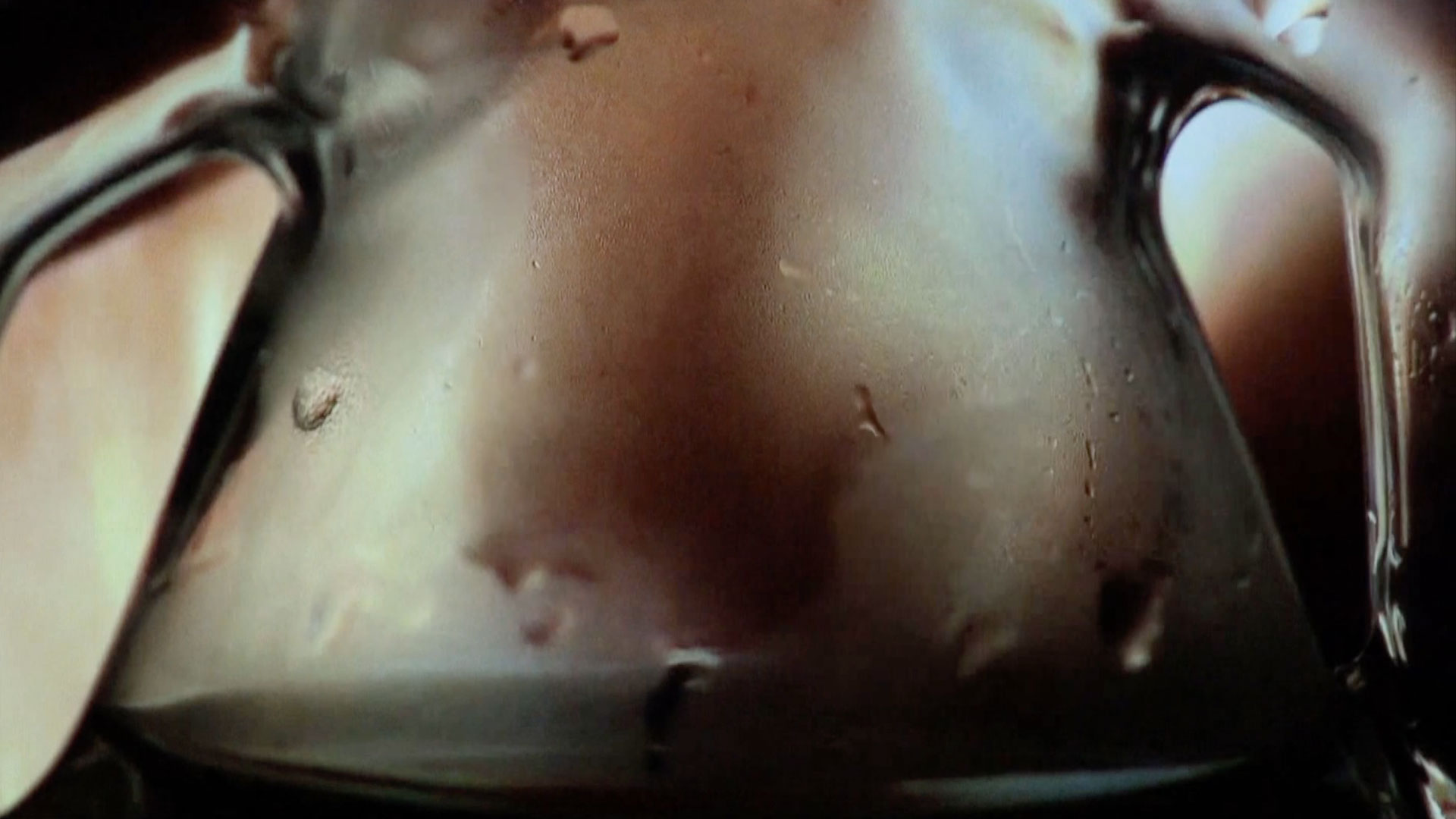 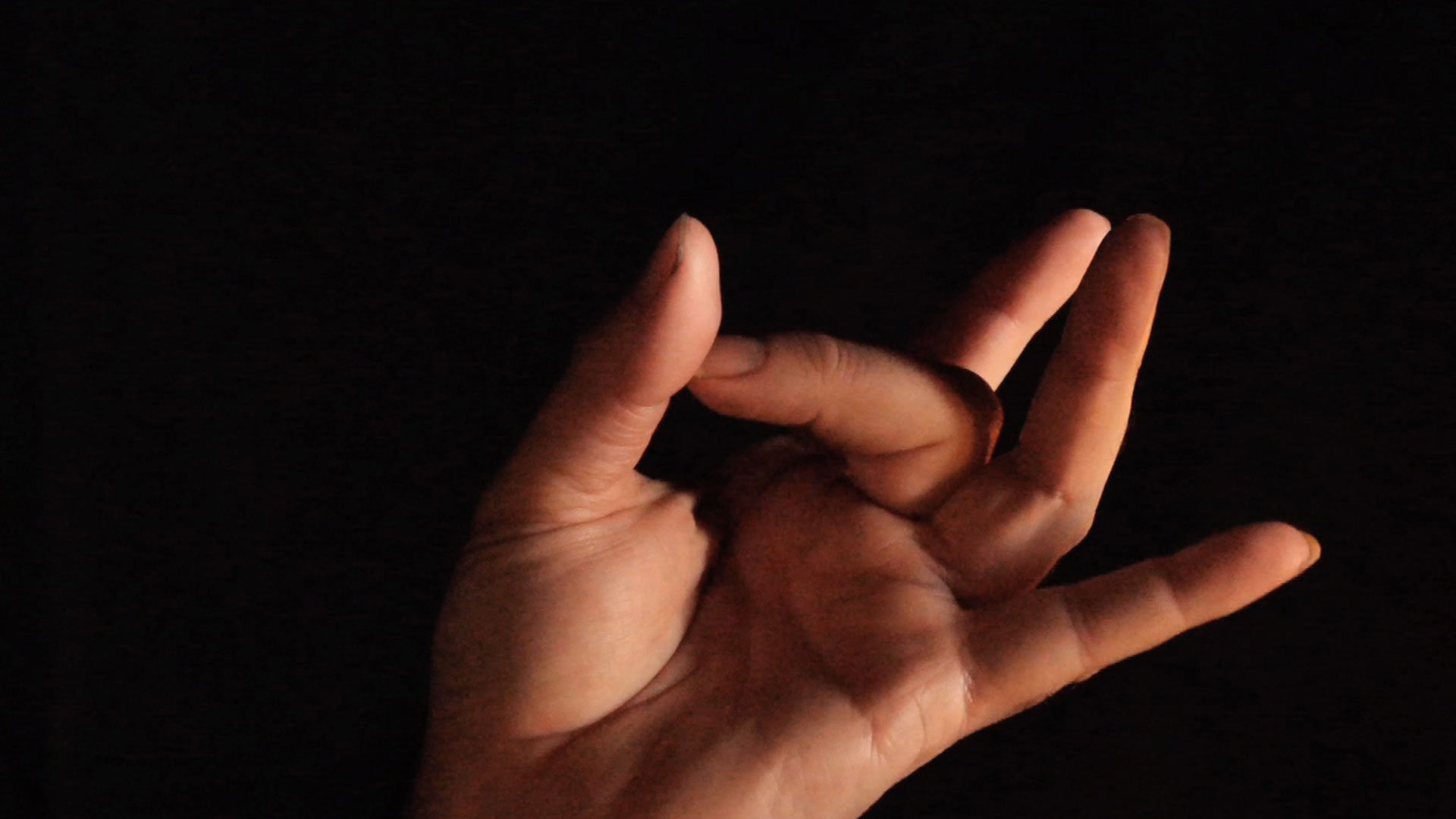 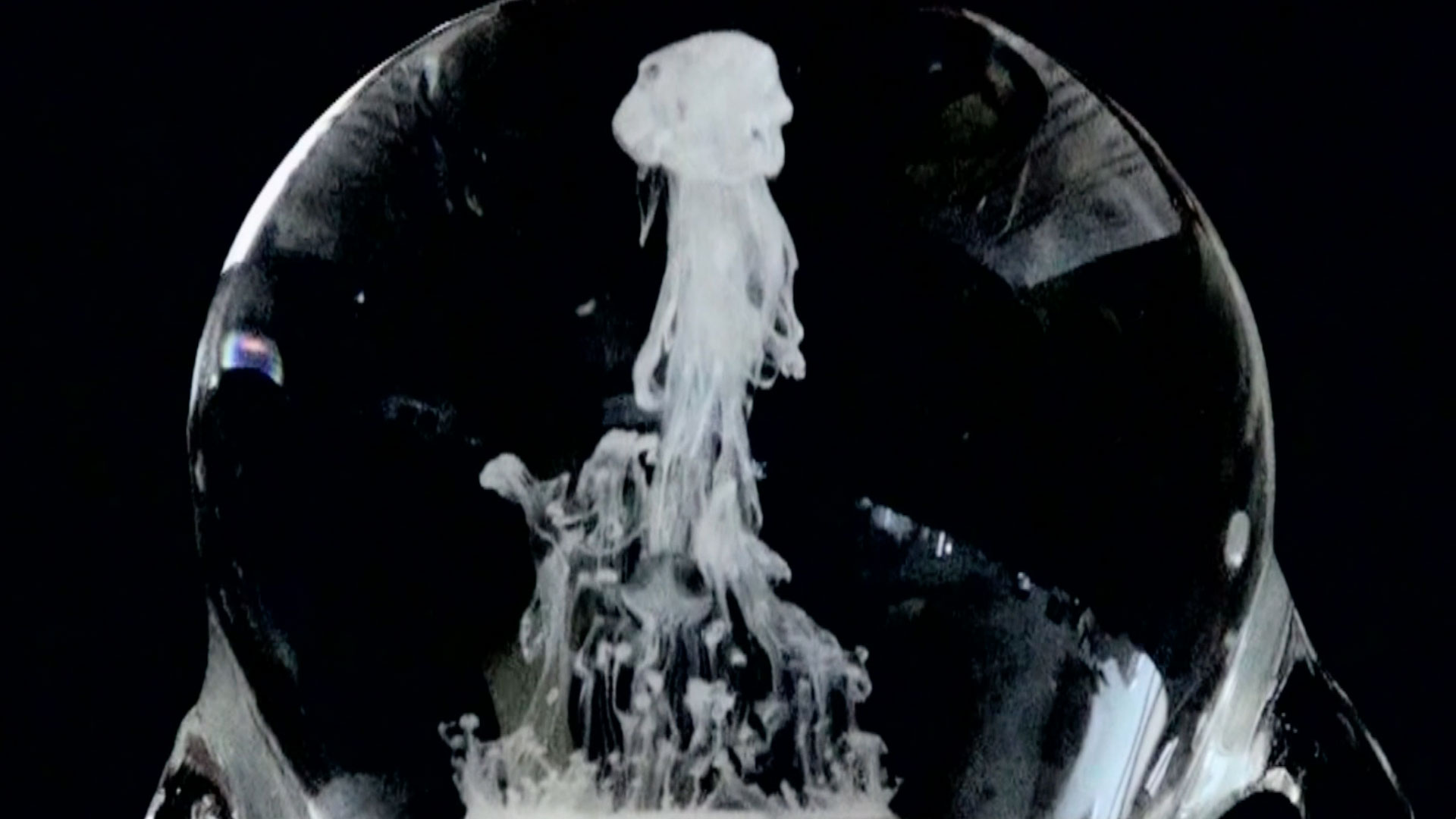 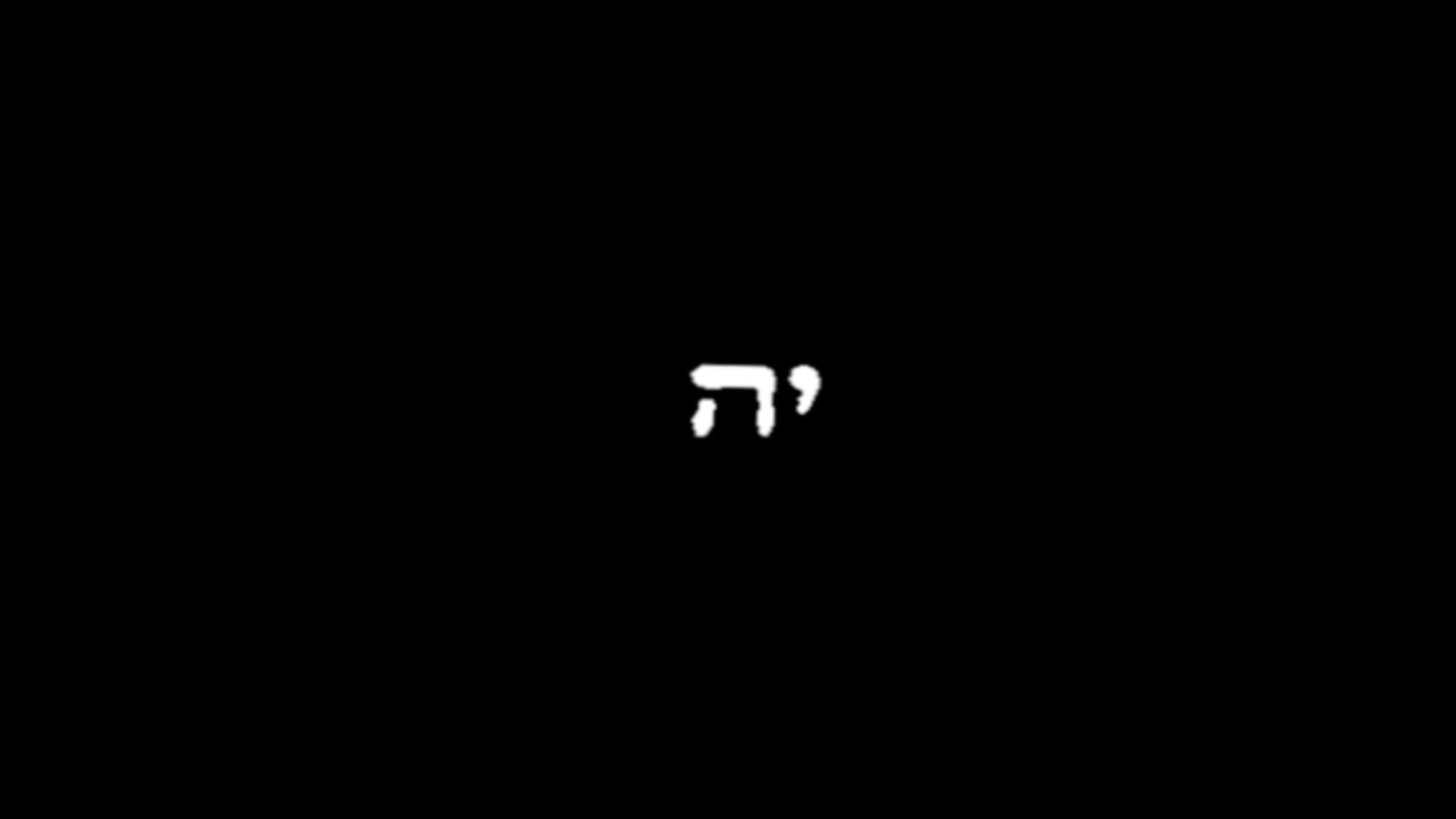 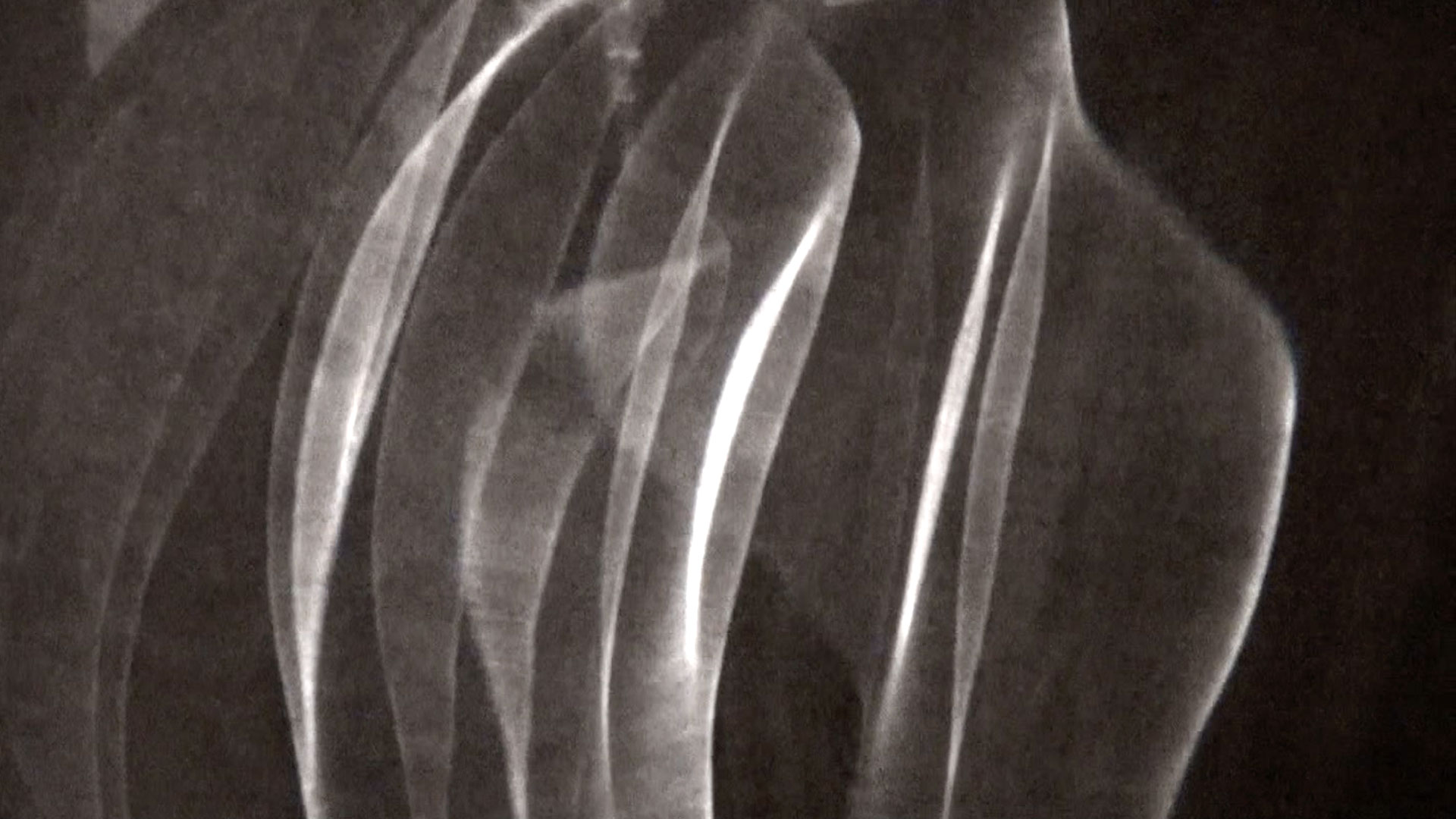 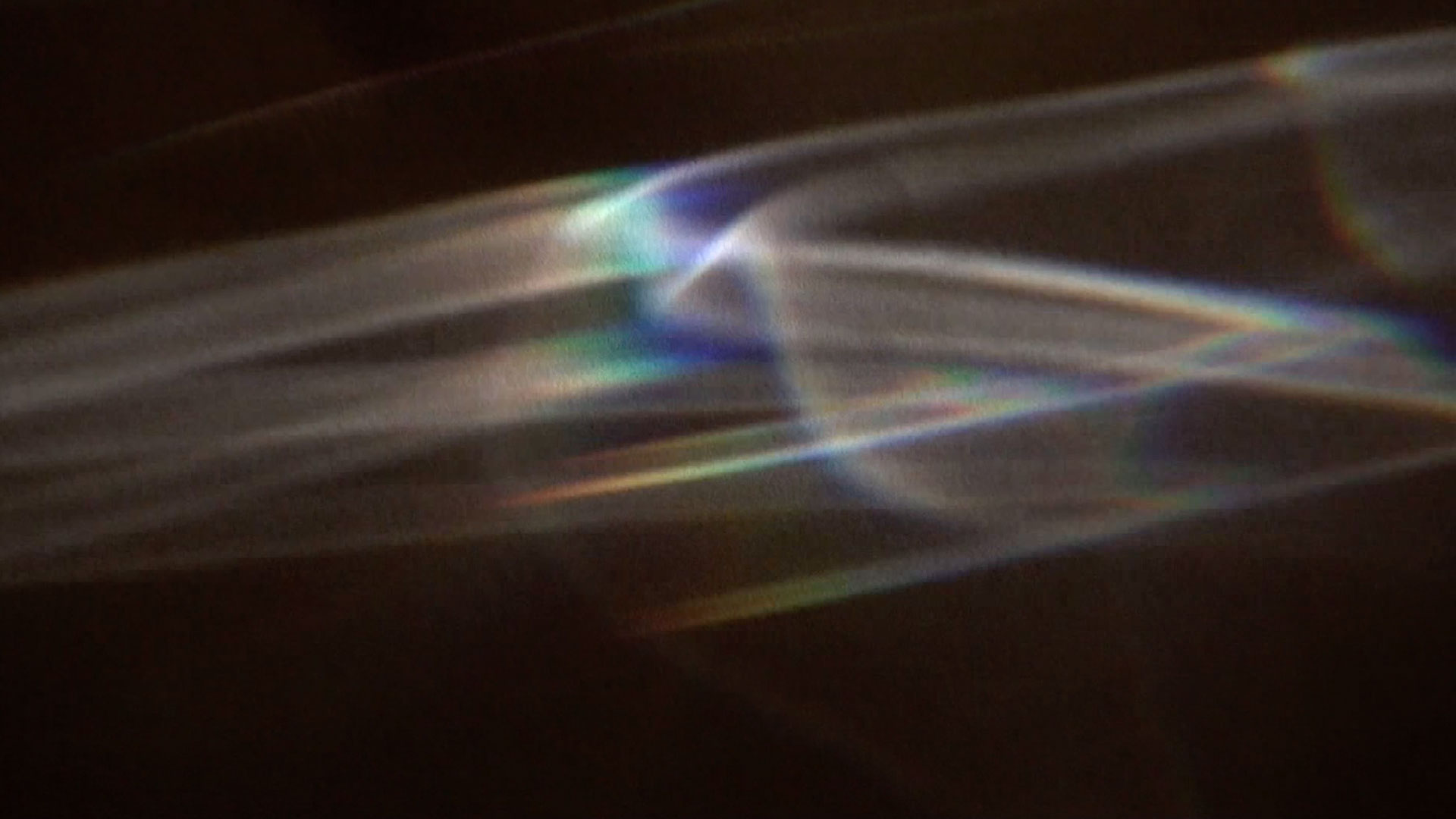 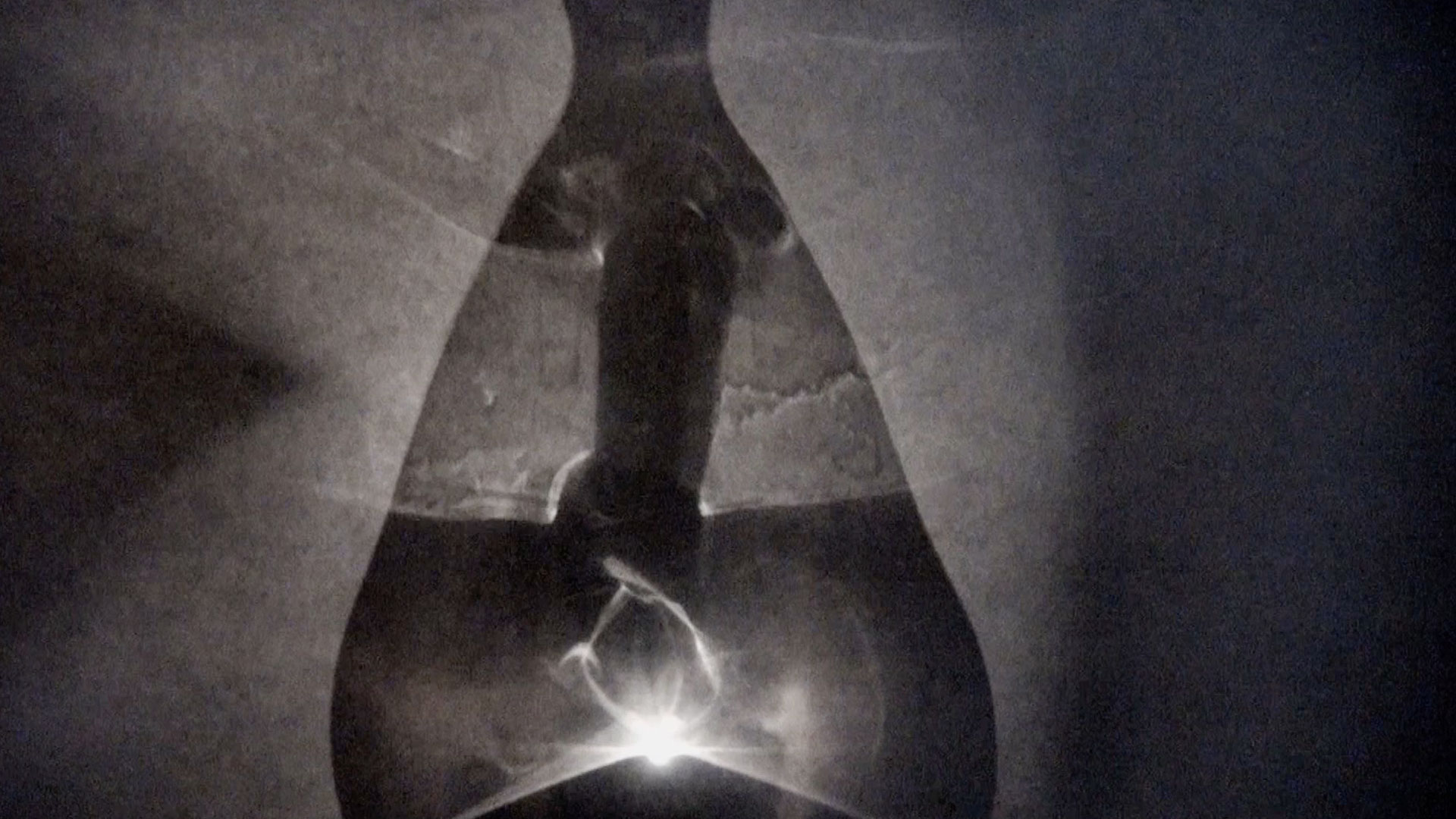