Home » Millais, Hamilton & Ashrowan by Rebecca Bell
“The greatest thing a human soul ever does is to see something, and tell what it saw in a plain way. Hundreds of people can talk for one who can think, but thousands can think for one who can see. To see clearly is poetry, prophecy and religion, all in one”
John Ruskin

Sir John Everett Millais’s painting The Sound of Many Waters (1876) has been of great interest to Hamilton and Ashrowan during the development of their work, A Landscape Symphony in 22 Movements (2005). Though both works use the site of the river near the Rumbling Bridge in Perthshire as their subject, one significant difference between the two works is that Millais painted his over three months. During this time the light and season would have changed. The artist with a camera makes a much quicker, instantaneous, series of choices. The transferral of image from landscape to digital information within the camera’s memory captures a particular light on a certain day. 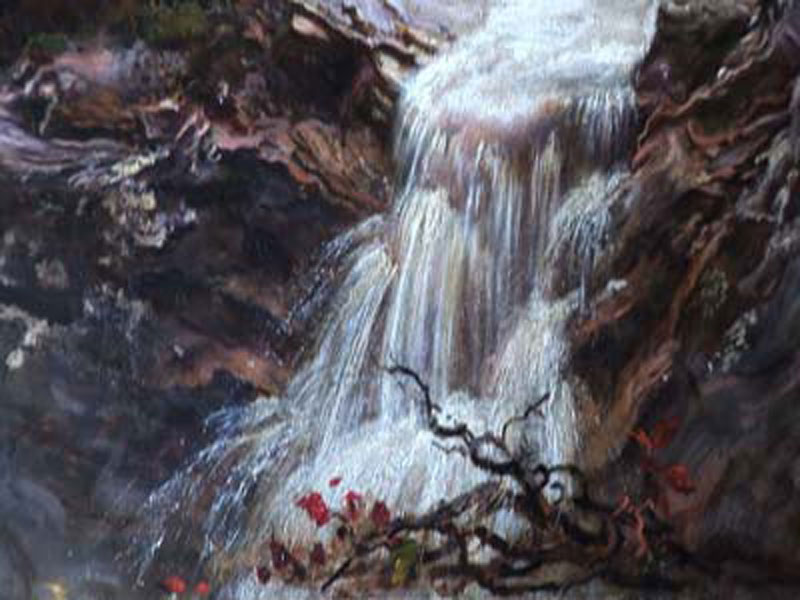 Hamilton and Ashrowan believe that the advantage of the camera is that it allows concentration on selected parts of the artist’s view. We can presume that Millais would have started his canvas with blocks of background colour upon which he would have built detail. His canvas fixed in one place, his eyes would have scanned the scene, focusing alternately on water, rock, and the leaves of a tree. Just as he made these choices with his eye and hand, the camera similarly shifts across the view, guided by the artist operating the camera. 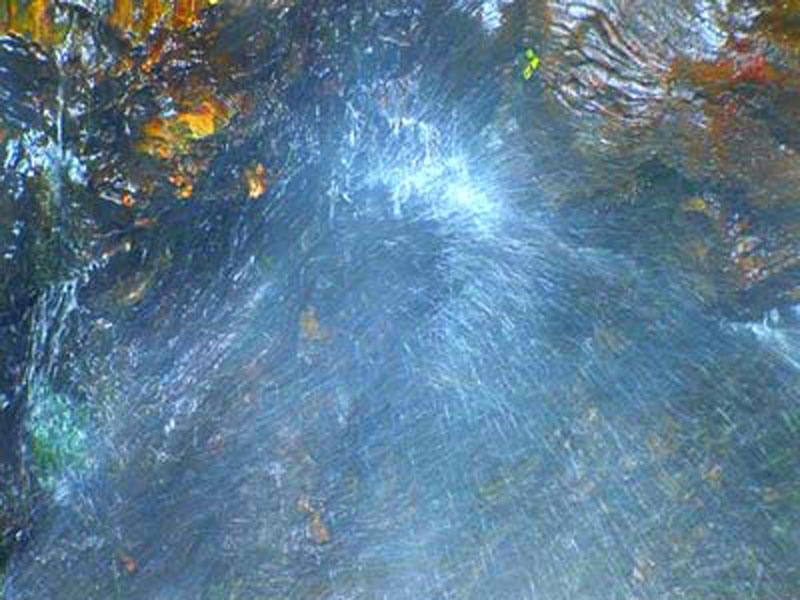 StoneStreamSpray
Still detail from ‘A Landscape Symphony in 22 Movements’

On visiting The Sound of Many Waters, housed in Fyvie Castle, Alex Hamilton and Richard Ashrowan were overwhelmed by the size of the canvas, which measures 1.48 x 2.14 metres. Whilst at Fyvie castle, Ashrowan emulated the process of filming the water below Rumbling Bridge by scanning the camera across the painting, zooming in on details, aided by a florescent video lamp. This method allowed the artists to understand the concentration of Millais’s sight via the magnification of the camera lens.

The title A Landscape Symphony in 22 Movements conveys the nature of Hamilton and Ashrowan’s gaze. They aim to capture the view in twenty-two movements, a grouping of viewpoints rather than the one central viewpoint of a large oil painting. A series of details contribute to a whole. Millais’s title, The Sound of Many Waters, evokes a central sound produced by multiple waters, as does Hamilton and Ashrowan’s encompassing term ‘symphony’ and its division into multiple movements. The audio emphasis in both titles evokes a further complexity of experience beyond the visual summary of a view.

To further the audio-visual relationship, Hamilton and Ashrowan have developed a soundtrack for their work. In the 1870s Millais worked on a project with leading composer of the day, Sir Arthur Sullivan and poet Lord Alfred Tennyson. Sullivan was to create the music and Tennyson the words for a cycle of songs entitled ‘The Window, or the Songs of the Wrens’. Millais was to do accompanying illustrations. The project was not fully carried out, but it serves to inform us that Millais embraced the idea of combining the arts. Hamilton and Ashrowan’s soundtrack is based on operatic sound, some parts using a pentatonic form which works on a five-note scale, commonly used in traditional Scottish music. This aims to complement the Scottish landscape upon which the work is based.

The Threshold Software used to develop the imagery is in some ways a score, in that it is a set of instructions that could have multiple outcomes according to the artist who uses it. Parallel to this is Hamilton and Ashrowan’s aim to create a total installation. It occupies a whole space in audio and visual terms, and a large part of it is the interpretations that people bring to it. The public are immersed in the work and its purpose through the definitions that they bring to the Perth Concert Hall space. 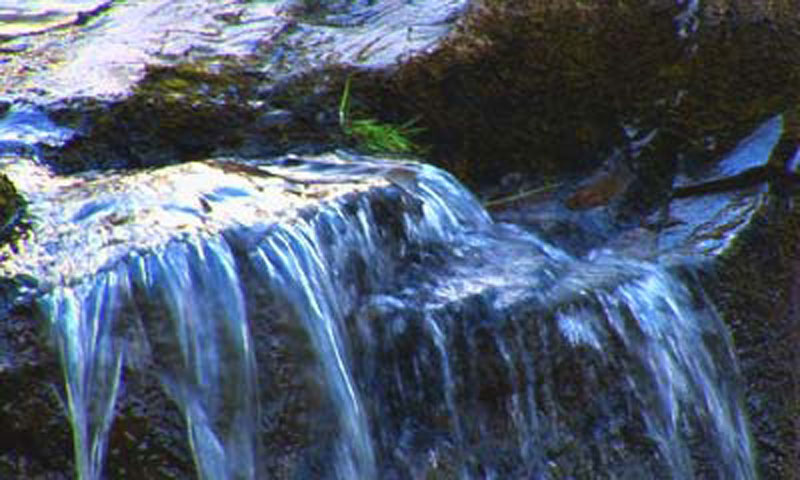 Water Flow
Still detail from ‘A Landscape Symphony in 22 Movements’

A Landscape Symphony in 22 Movements is a digital work, and as such may be viewed by some as cold in its technological makeup. To combat this misconception Hamilton and Ashrowan want to tell the story of how the work was made. The human story is a key motivation behind their work, both for Perth Concert Hall and for other previous works they have done. For the soundtrack they worked with an opera singer, whose voice they have combined with recordings made at the source of the River Tay which Hamilton and Ashrowan visited. The addition of the sound of the river’s source combined with the opera is their desire to place the human back into the landscape. The artists started with the raw landscape and built it up with technology and software: Hamilton and Ashrowan use the accompanying human voice and sound of water to make a digital work emotional and raw once more.

The process of creating the work started with Hamilton and Ashrowan collecting 200 views and 300 still images of the site near Rumbling Bridge, plus six hours of video ready to edit. The aim to show the work on the Threshold Wave, twenty-two LCD screens, meant that they began to stretch the media and manipulate its values in order to make it work within the digital canvas that is the Threshold Wave. The Threshold Software enables the artist to collect media items and manipulate them, their values, dimensions and timeframes. Hamilton and Ashrowan’s work is a time based medium, and the sequence of details gain coherence through fitting into an overall timeframe as well as a digital canvas.

Ashrowan refers to the Zen notion of mindfulness as important, whereby in looking at something the boundary between you and that thing evaporates. You are not separate to your surroundings, but are linked. For Hamilton and Ashrowan the camera implements this experience, acting as an interface between the view and the artist. As a tool the mechanical device of a camera can be compared to a paintbrush. For Hamilton and Ashrowan, the camera is an instrument of focus and concentration, allowing the artist closer access to the landscape. Both artists speak of Ruskin, and his emphasis on the process of sketching in order to understand the view better. Just as the eye is trained through sketching, so is it aided by the camera’s abilities. 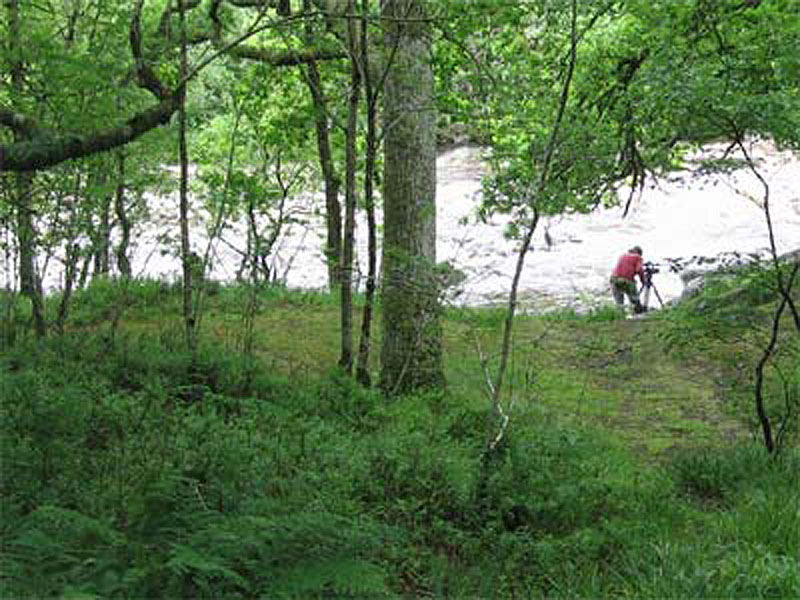 The site chosen to film, near the Rumbling Bridge in Perthshire, was important to Hamilton and Ashrowan. Having spent a year and a half working on the Threshold Project for Perth Concert Hall, the subject of Perthshire was clearly the one to choose. The concert hall is a facility for the people of Perth, and a new venue for Scotland. Both Hamilton and Ashrowan were instrumental to the whole creation of the Threshold Framework, and the emphasis on public funding for public art is a crucial part of their motivation. Hence the Threshold Software, developed for artists to use to create work for the Threshold Framework and beyond, is open source for public use. An emphasis on public ownership is fundamental to Hamilton and Ashrowan’s whole artistic process. It is hoped that their reference to a known artist who has also looked at Perthshire will create an understanding of the ongoing relationship between art and its audience.

Hamilton and Ashrowan’s intense knowledge of the Threshold Framework, the software and hardware that it is made up of, and all the people who have contributed to its development and completion, must be considered to understand the work they have created. They value the fixed nature of the framework, built into the fabric of the concert hall, having witnessed its construction. They are also aware of the transient nature of the software, which can be carried about on a CD-ROM, as can the content created via the software. The content they have created is intended for the Threshold Framework, but it could be reconfigured and shown elsewhere. This is a very different entity to that of the fixed painting, solid in its canvas. Millais’s work could be taken out of its frame, rolled up and carried elsewhere. But fundamentally, can it be changed? Its pixels cannot be reconfigured and moved into new orders. The sights seen by Hamilton and Ashrowan could be changed and remade.

Hamilton and Ashrowan’s desire to record the process they went through to achieve A Symphony in 22 Movements is to set up a narrative to be understood by all. Their visit to Rumbling Bridge, the encounters with Pre-Raphaelite work and Ruskin in Perthshire, are part of a story for everyone to know. They firmly believe in the universal nature of sight, and wish to include the audience by sharing the things they have seen which have contributed to this public artwork. And vitally important to this is audience enjoyment: they enjoyed Millais’s painting, and wished to re-present that pleasurable experience for a new audience in a new medium. In dealing with the challenges of interpreting a site to create a work of art, Hamilton and Ashrowan have gained an understanding of the challenges that faced Millais over a century ago.

Back to A Landscape Symphony in 22 Movements by Hamilton & Ashrowan

Images from A Landscape Symphony in 22 Movements by Hamilton & Ashrowan 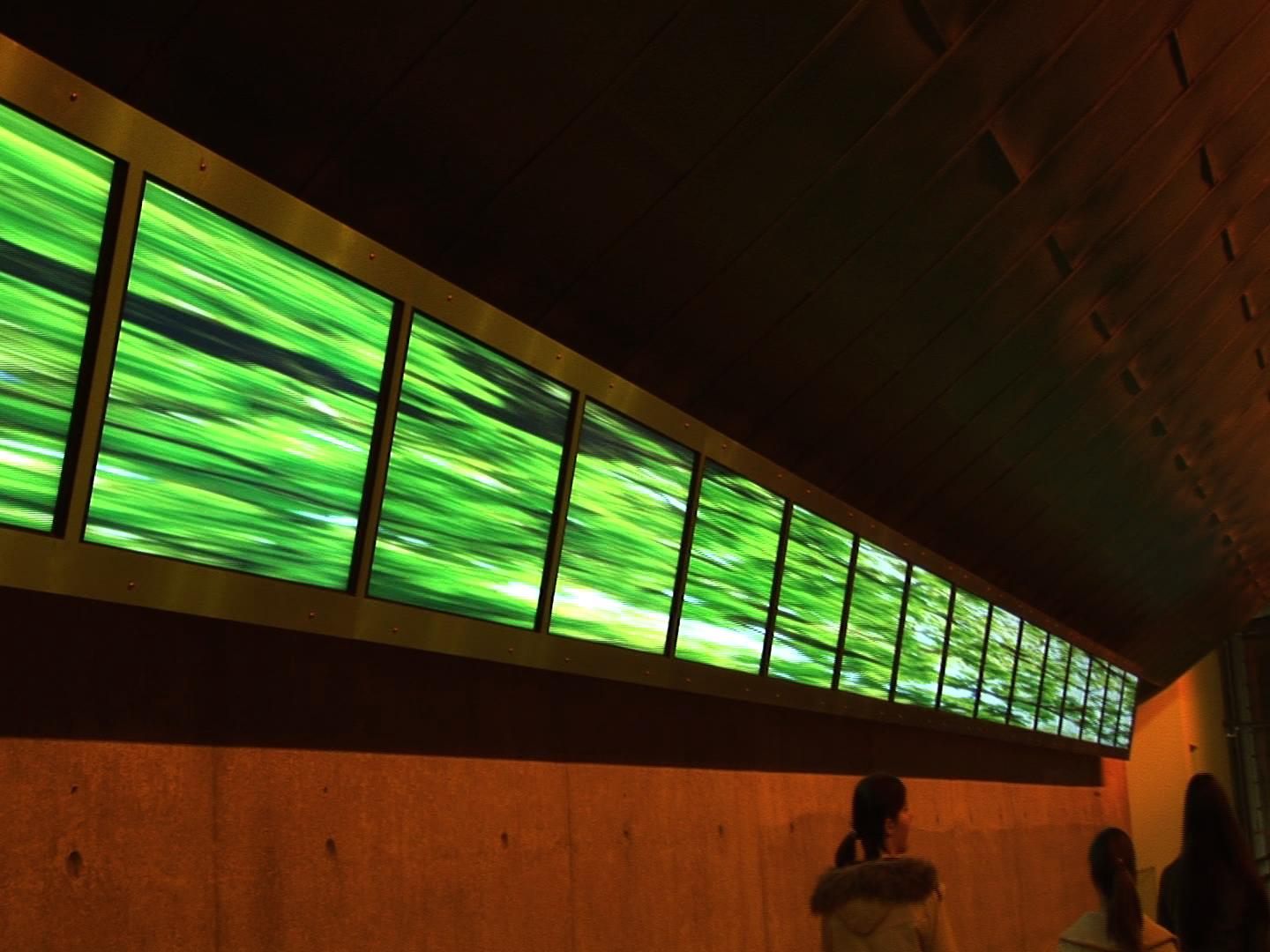 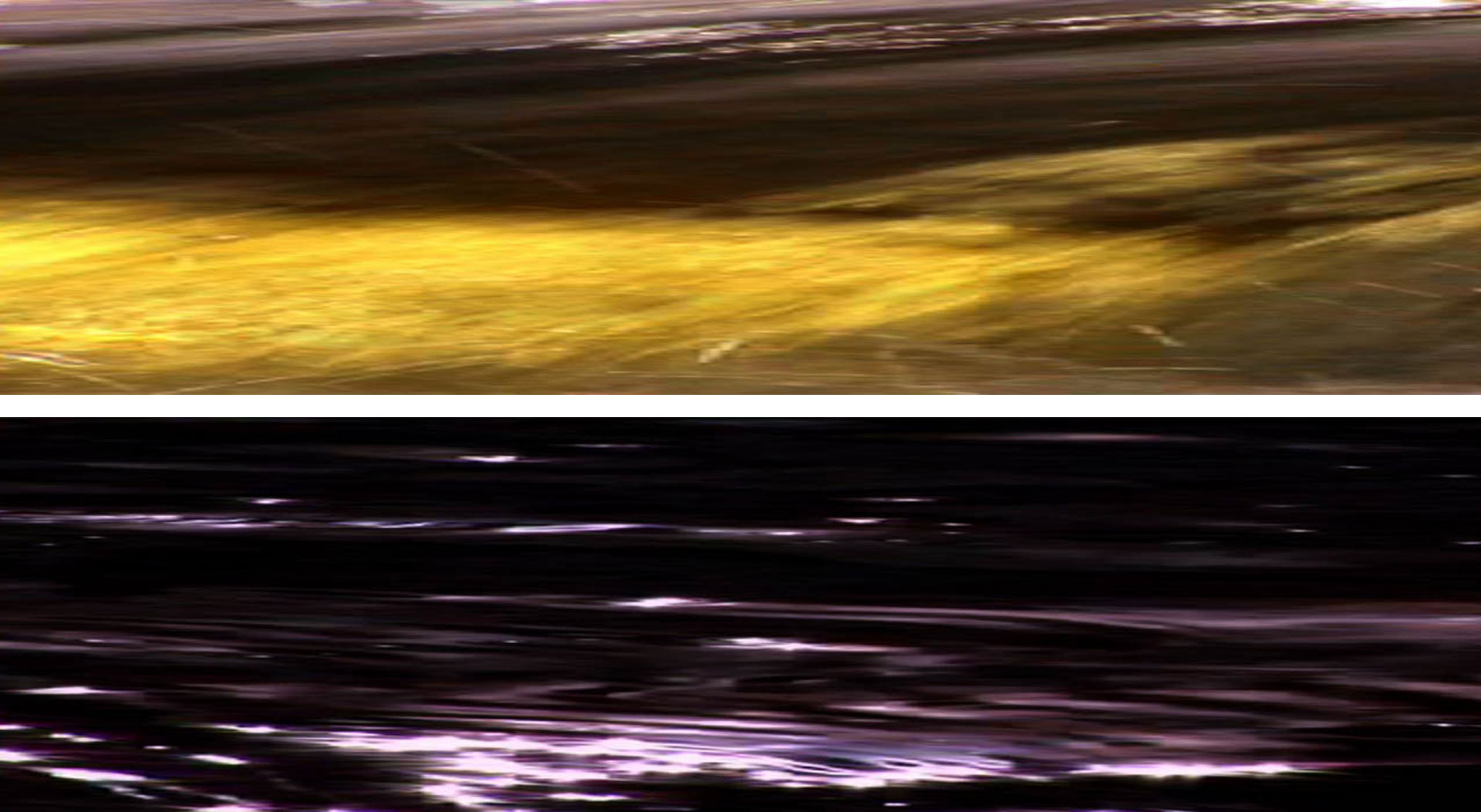 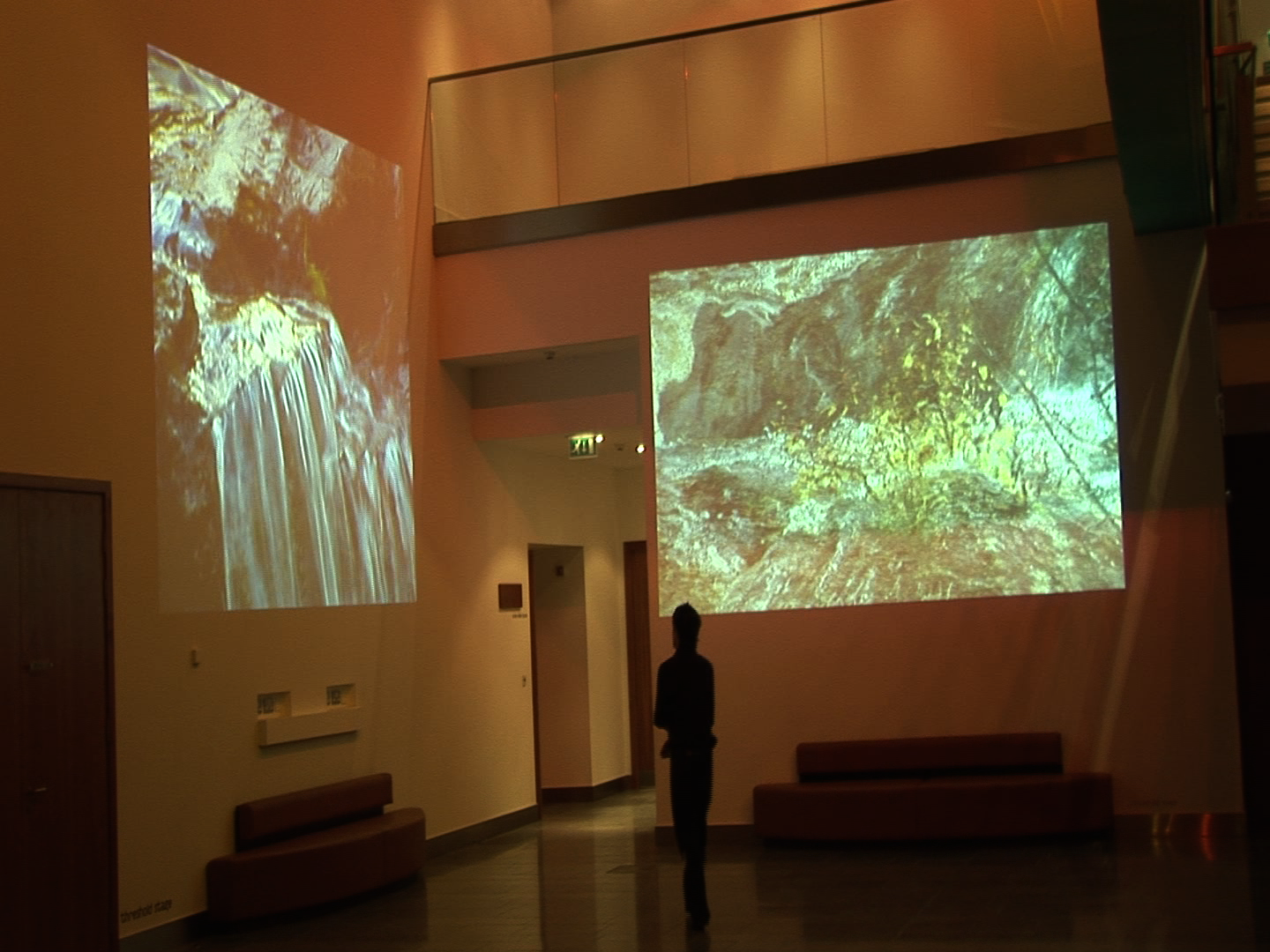 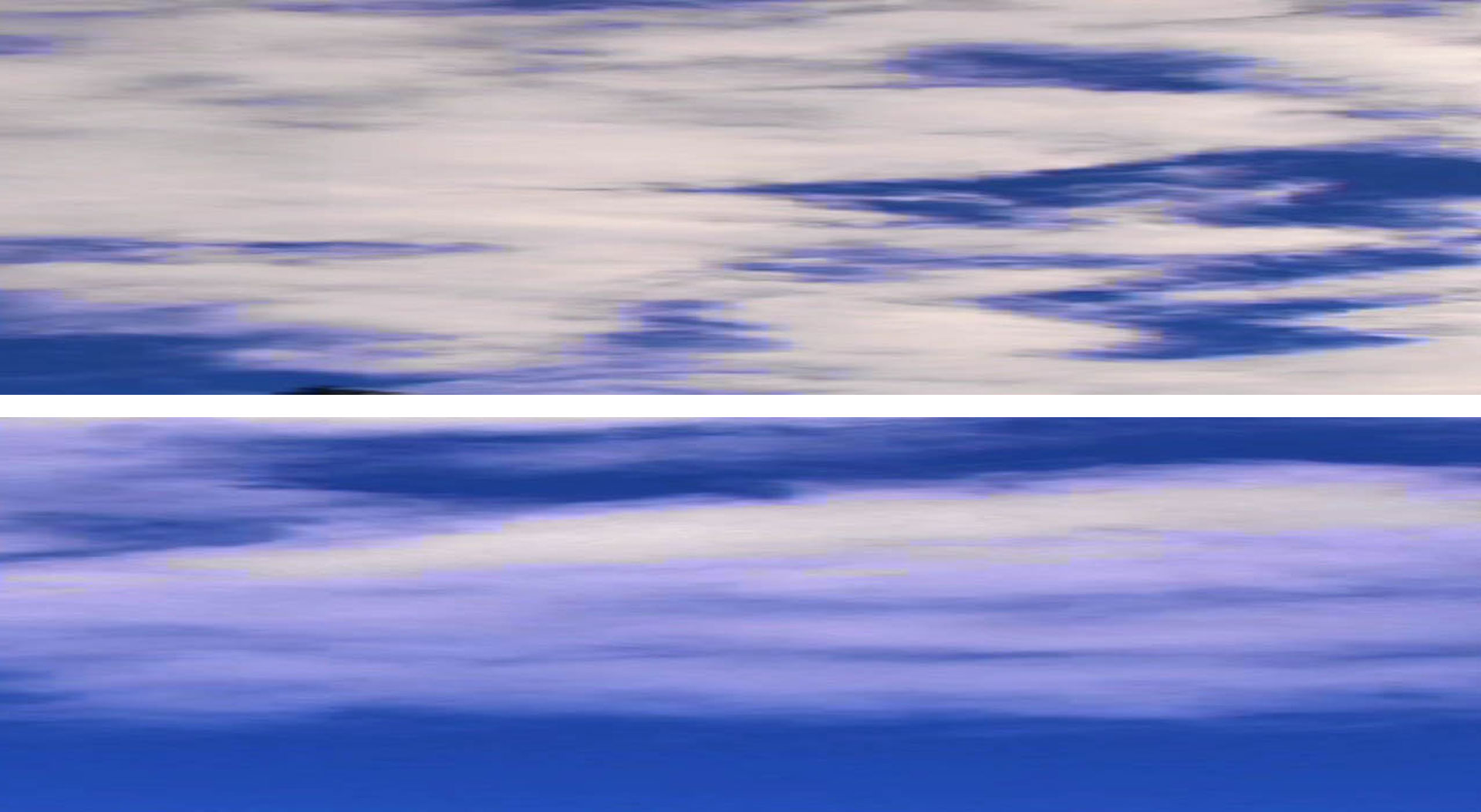 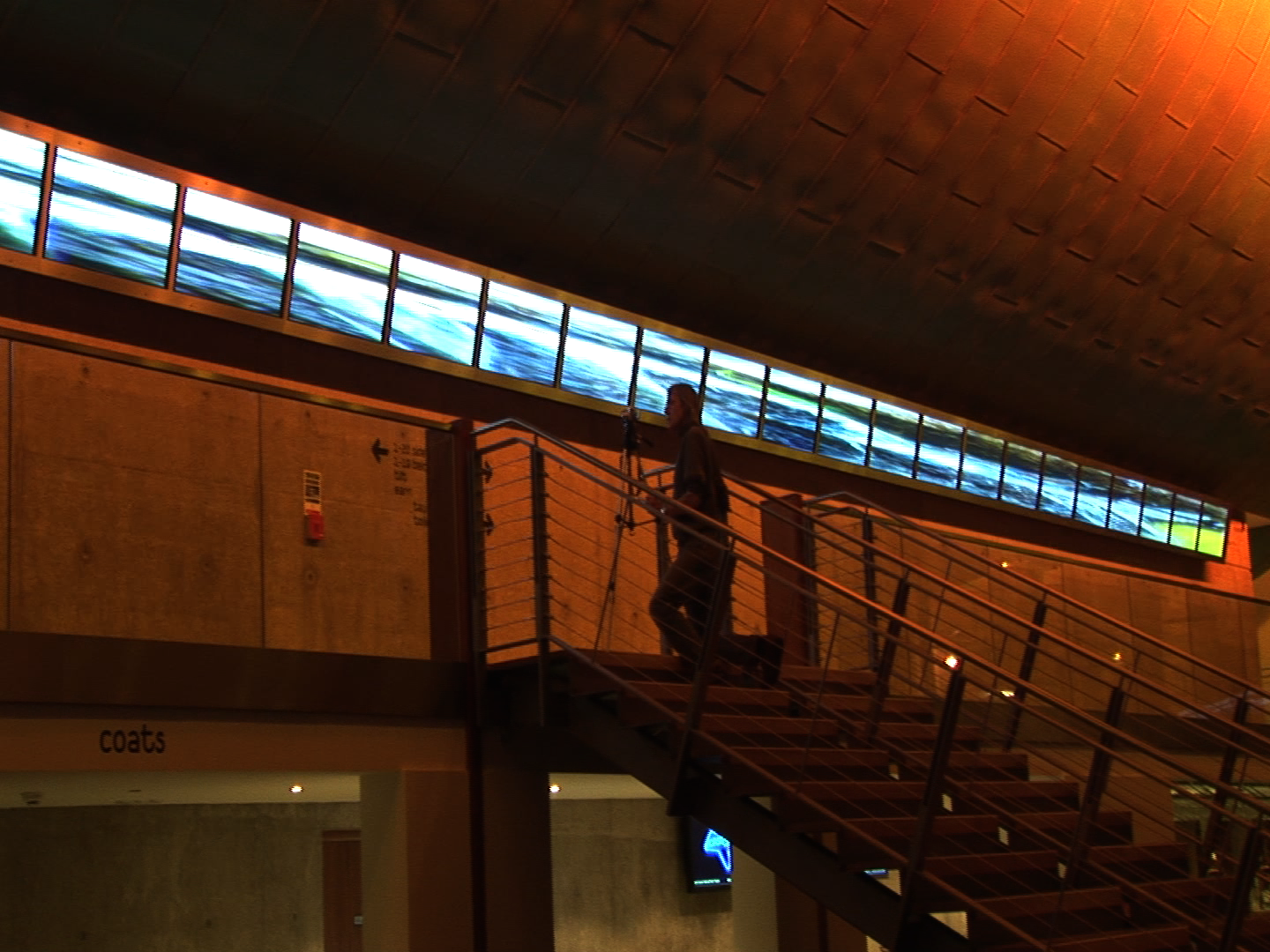 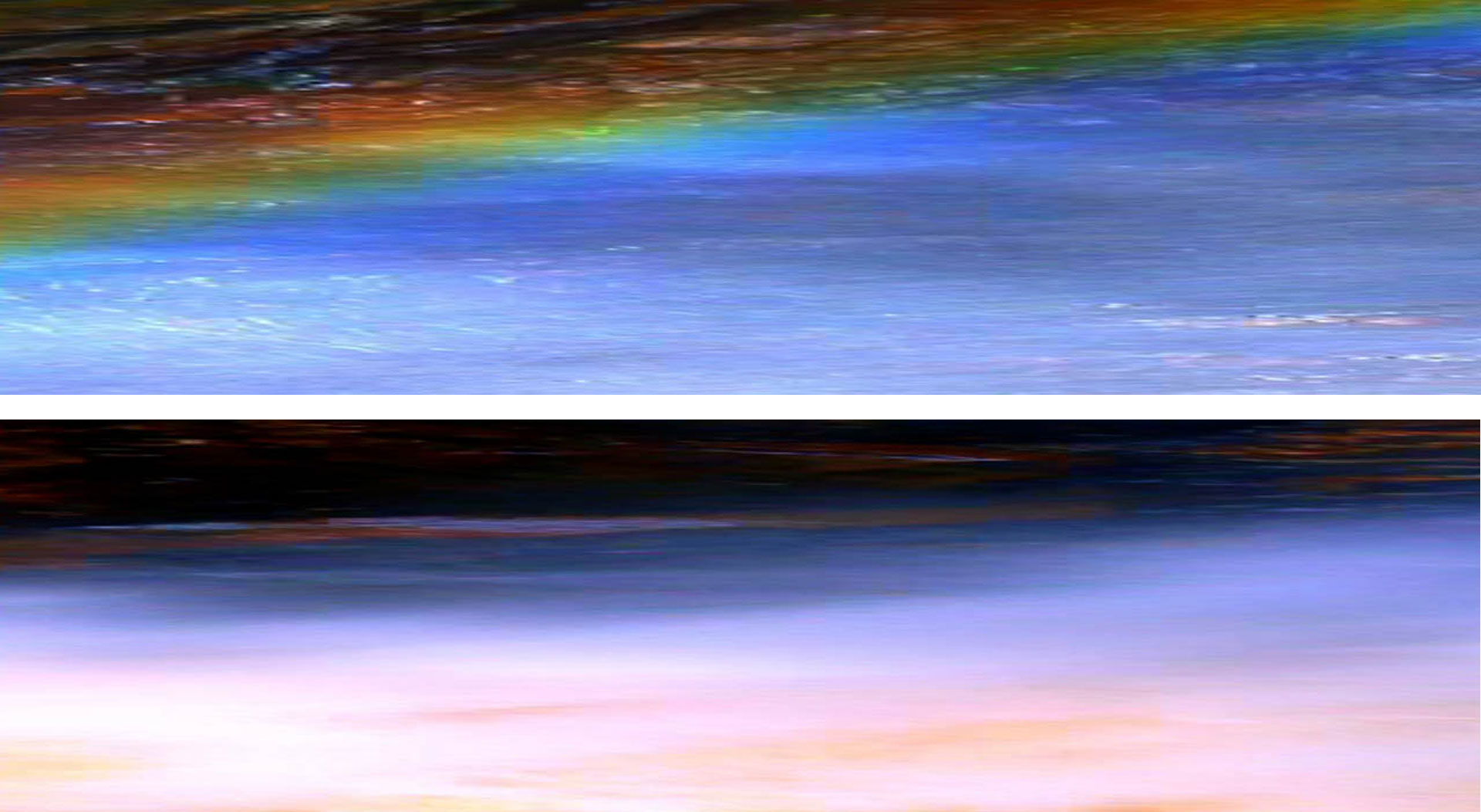