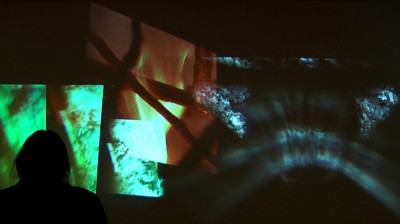 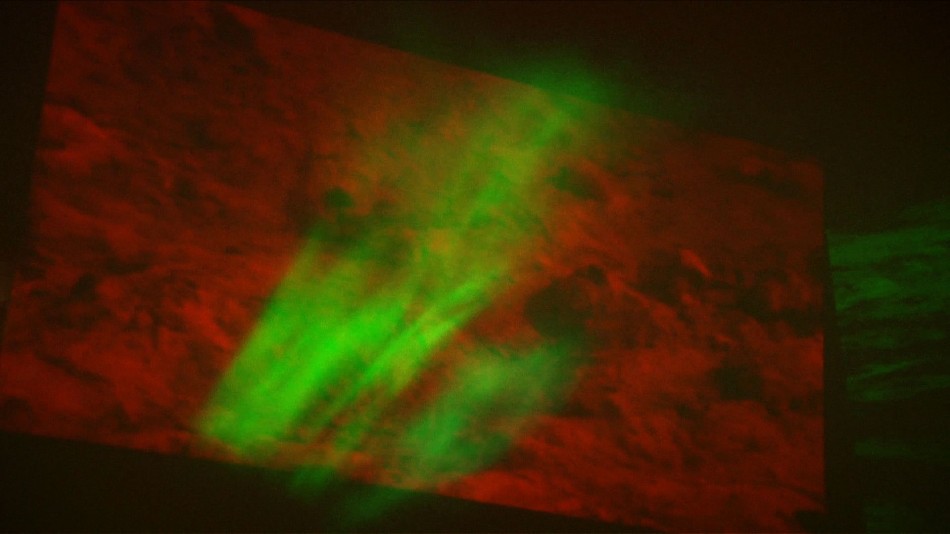 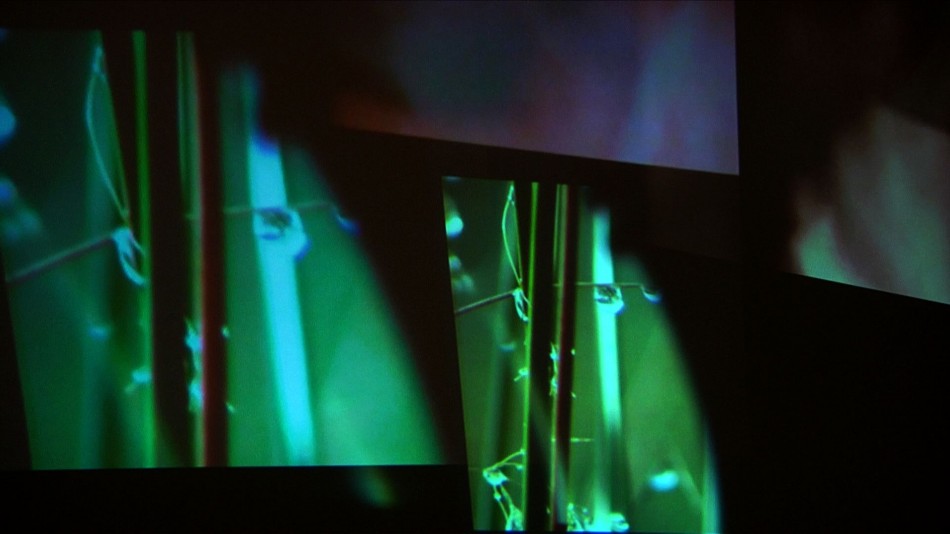 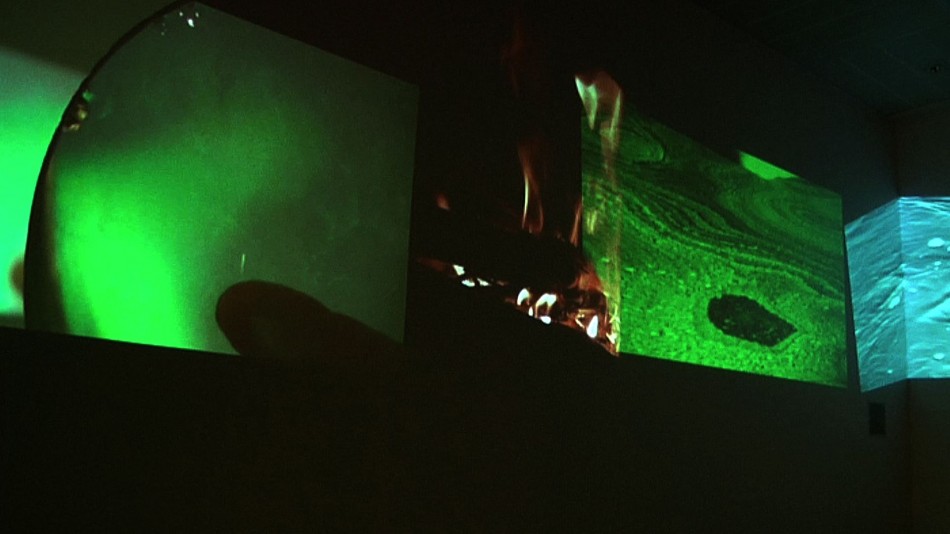 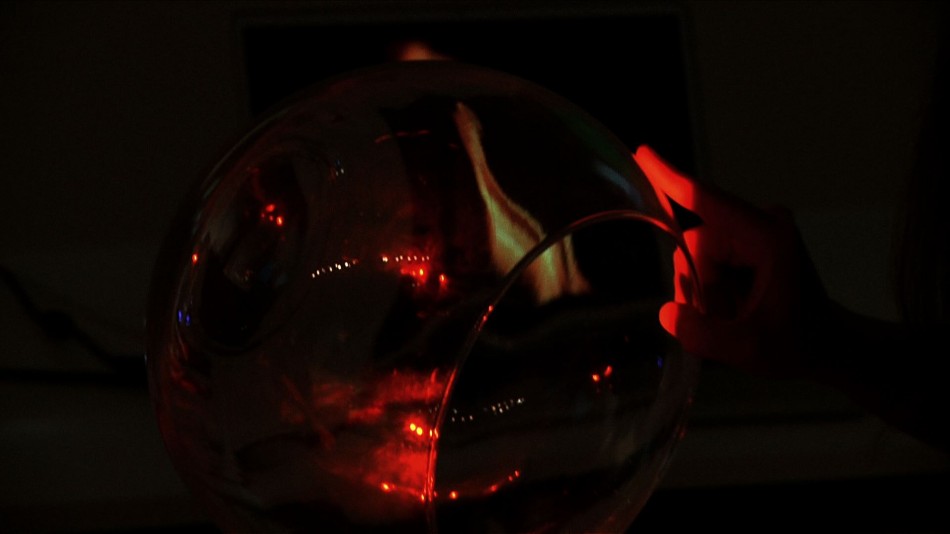 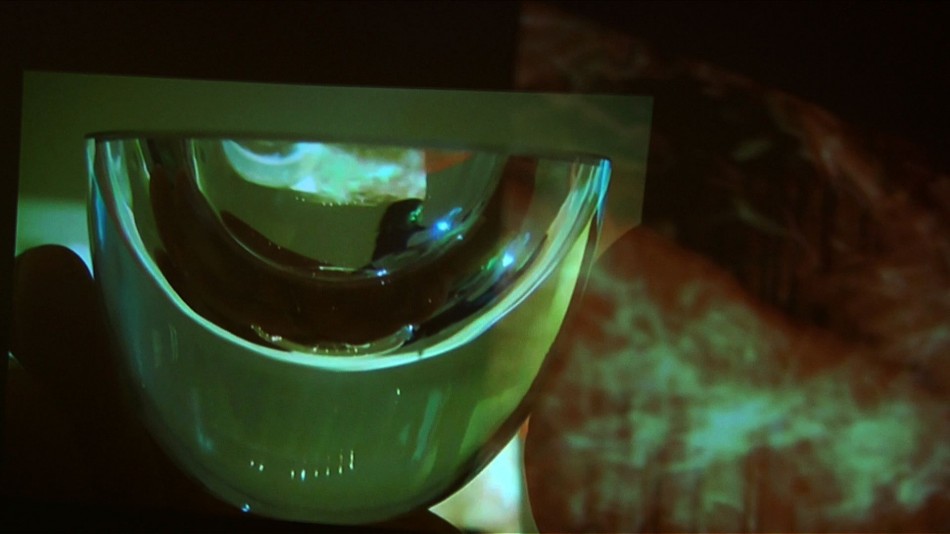 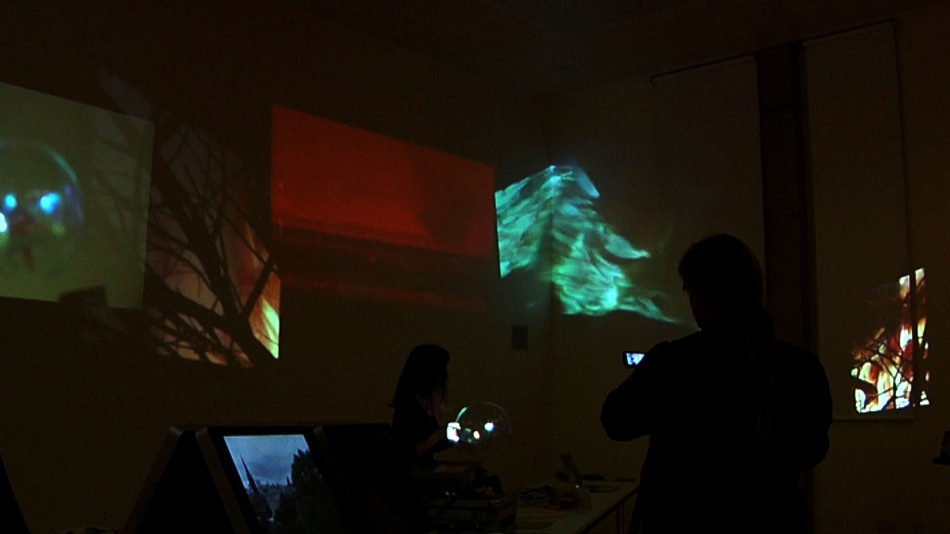 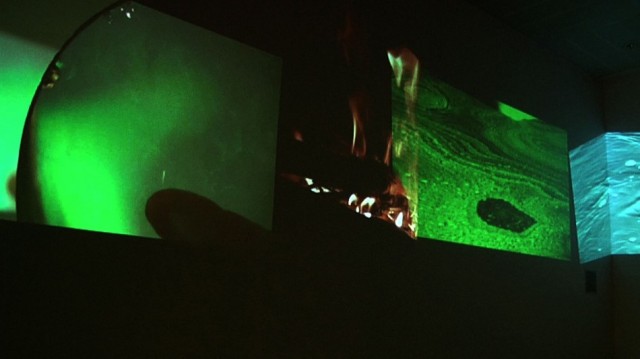 Where the alchemists failed, we follow. This work was conceived as an alchemical moving image laboratory in which live transformations were applied to images of the four classical elements, using a variety of real-time alchemical rituals based on ancient alchemical experimental diagrams.

Watch it on Vimeo: Catoprica I

This work used four 20 minute moving image loops – one each for images of fire, earth, air and water, derived from material filmed in Iceland and the USA, plus some hand developed and digitised 16mm footage. Four projectors were used, one of which was connected to a camera for a video feedback loop. In front of the projectors, I (and my assistant) ritualistically manipulated mirrors, various glass objects and lenses.

The performative rituals are contemporary mirrorings of ancient alchemical ritual transformations – processes described as putrefacto, distillatio, coniunctio, separatio, nigredo, albedo, citrinitas and rubedo. While these processes were applied to the substance of matter, I applied them to the substance of the image – to the light, colour, information and pixels of the moving image.
As in most alchemical practices, the idea of failure, while not an objective in itself, is implicit and integral to the work. In the laboratory, nothing is fixed, all is motile and volatile. There is no fixity and the objective is itself unattainable.