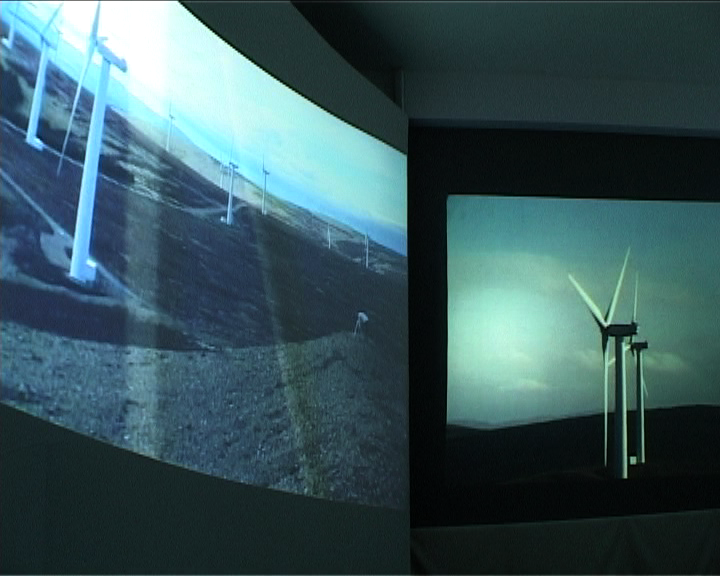 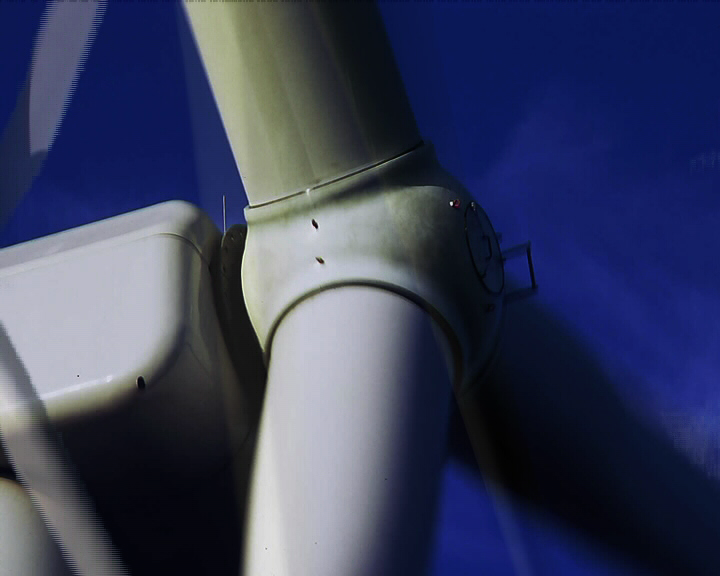 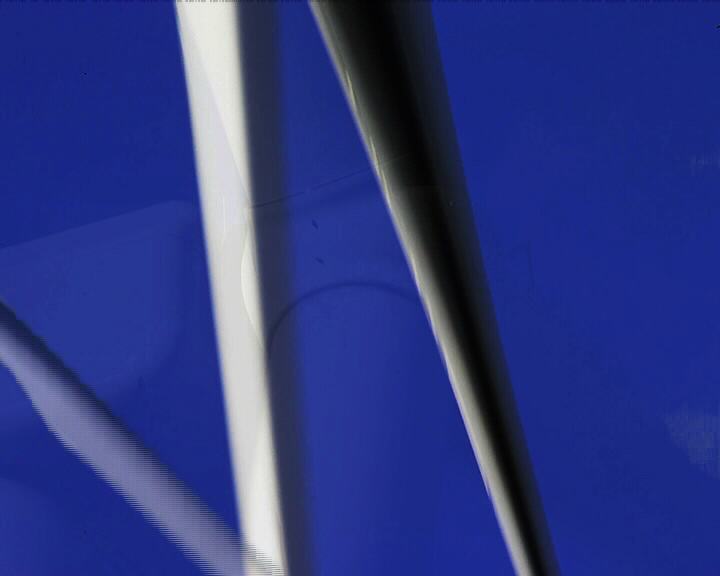 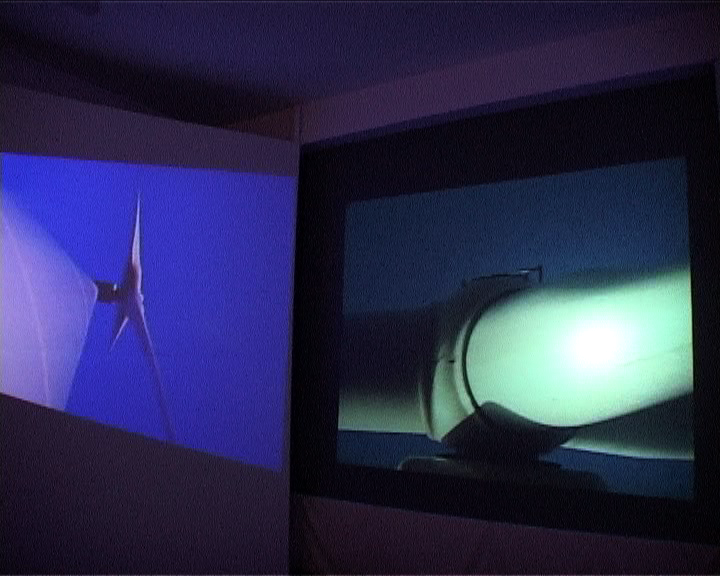 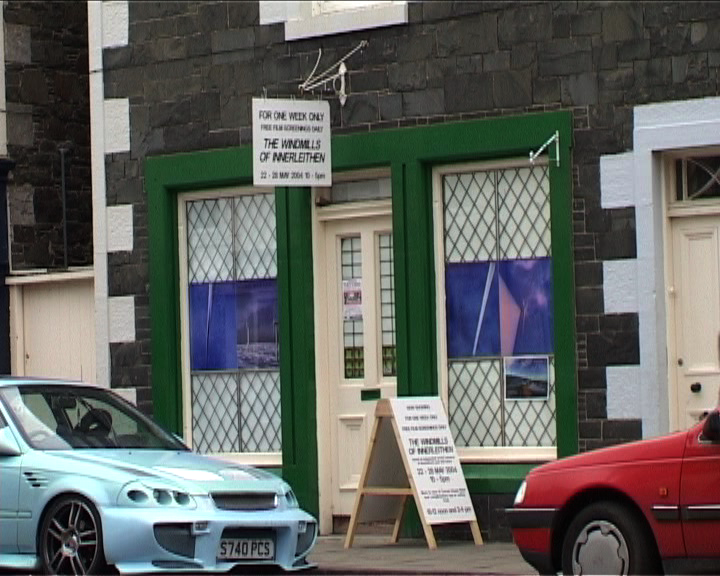 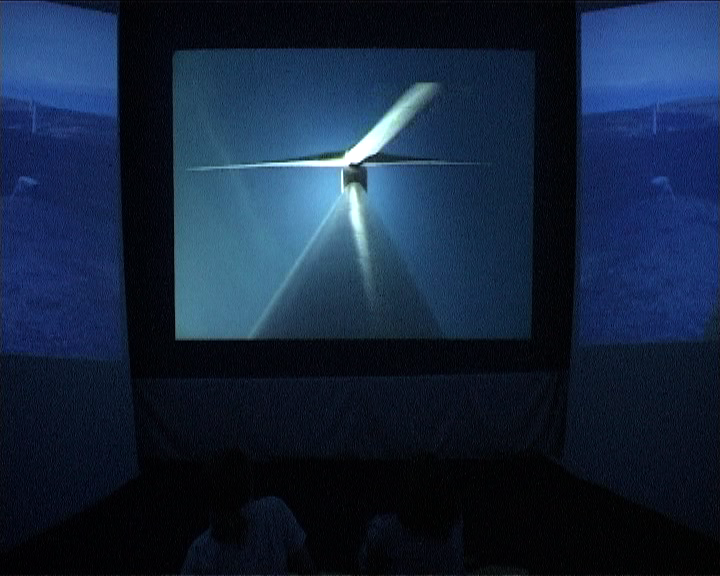 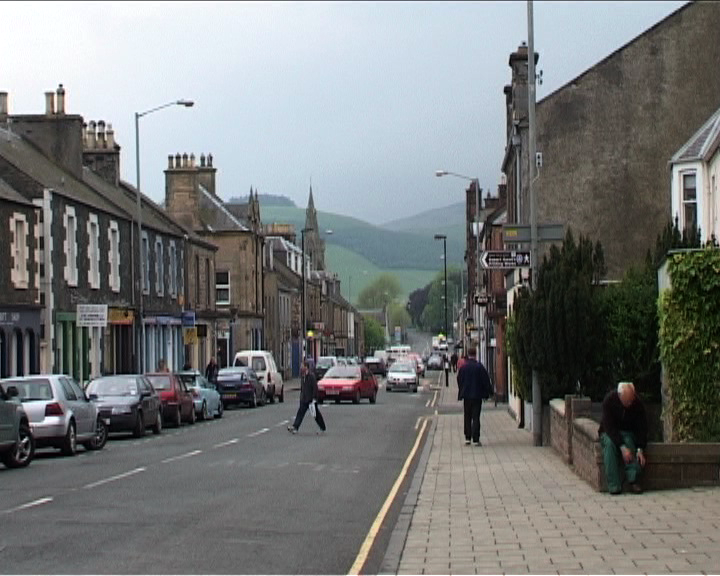 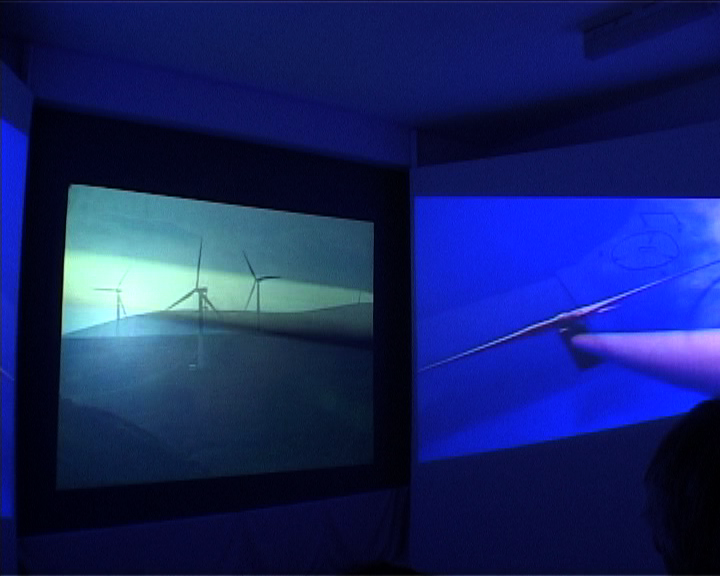 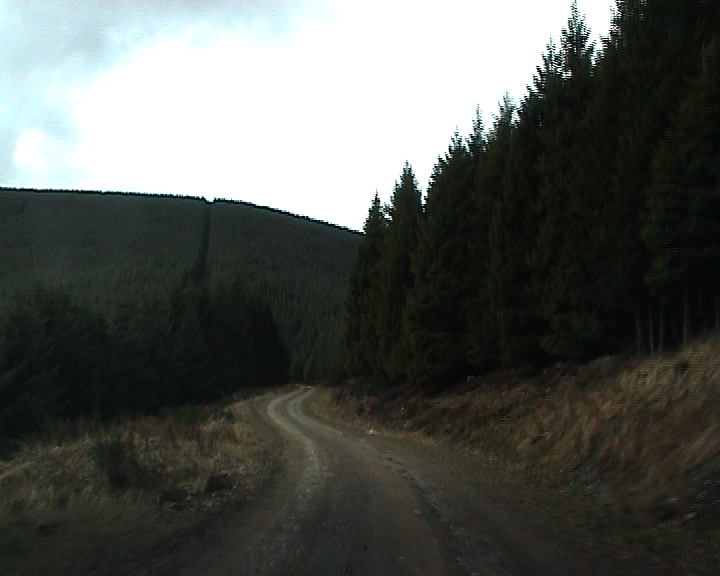 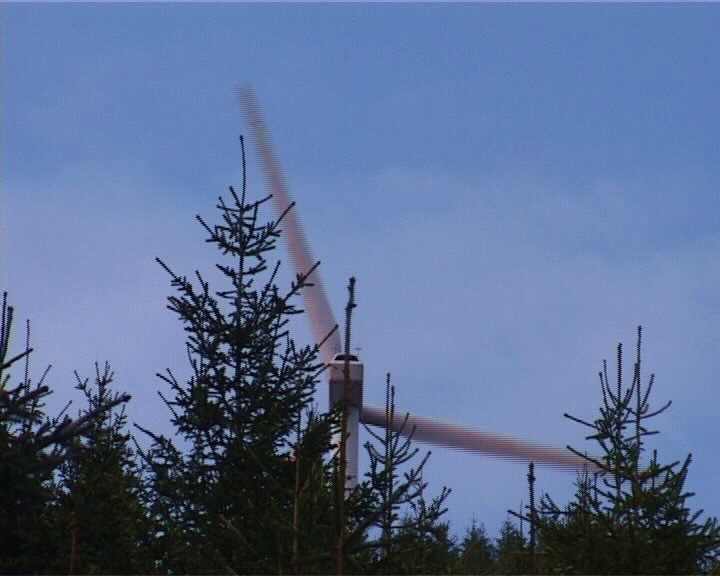 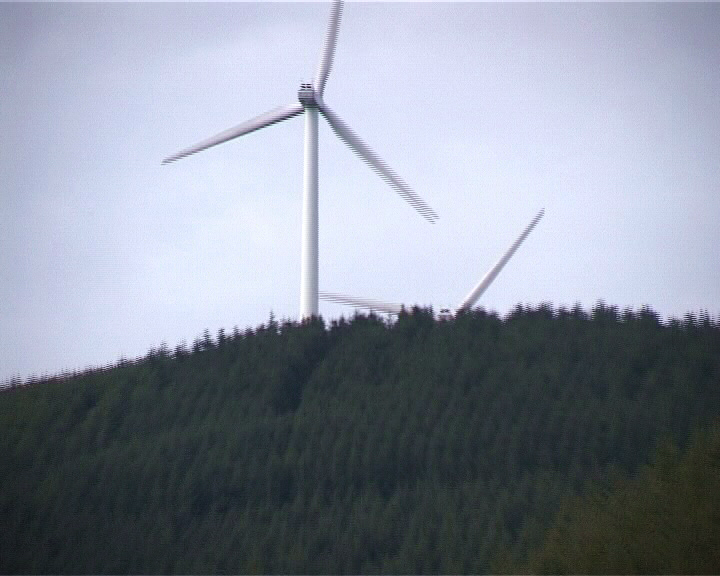 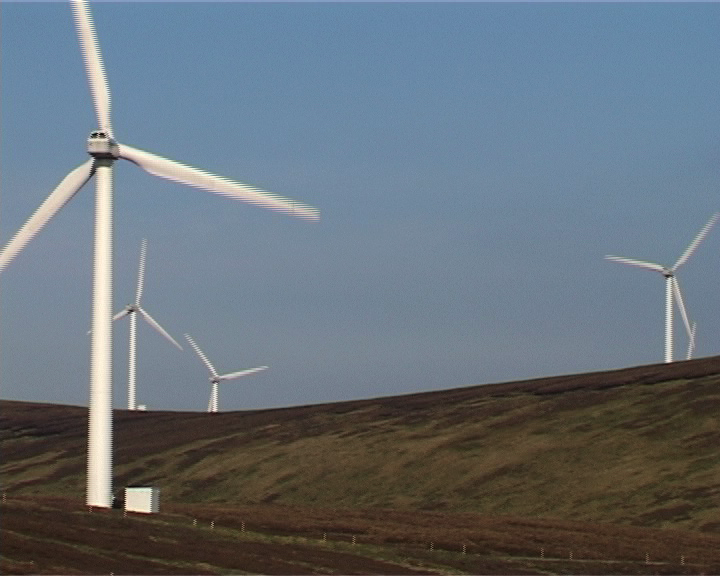 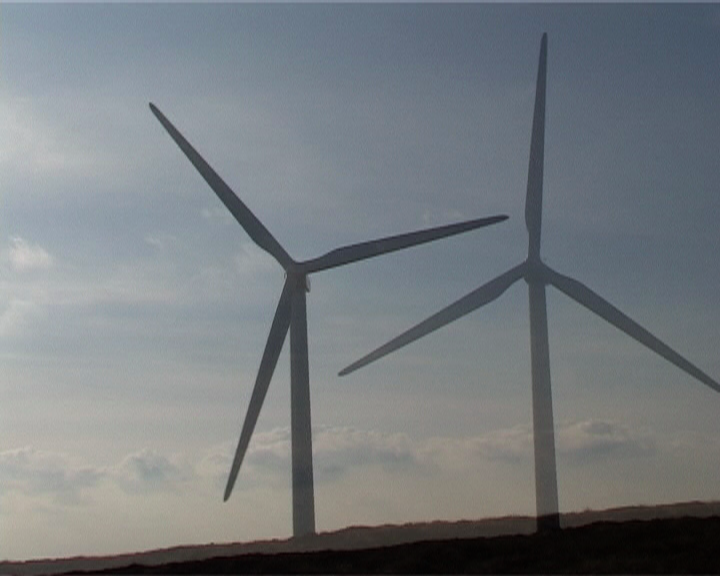 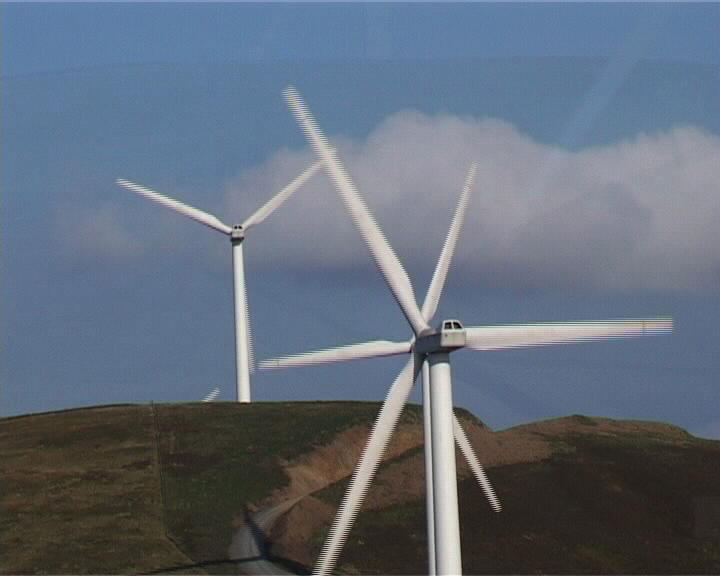 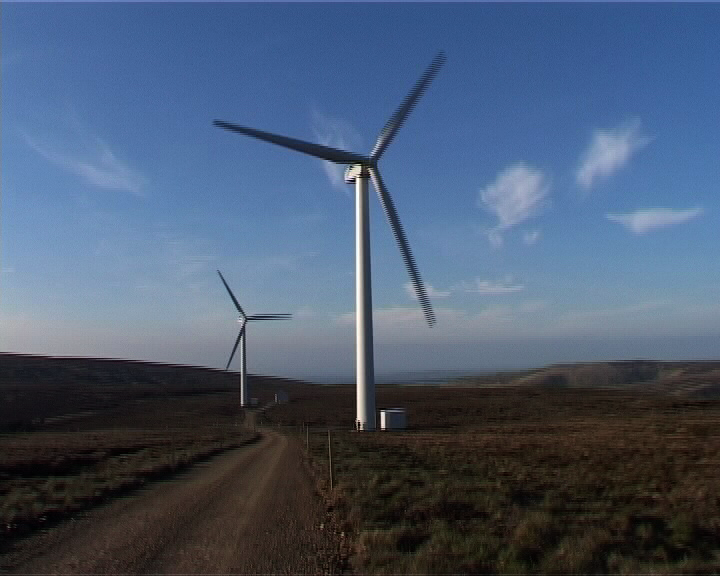 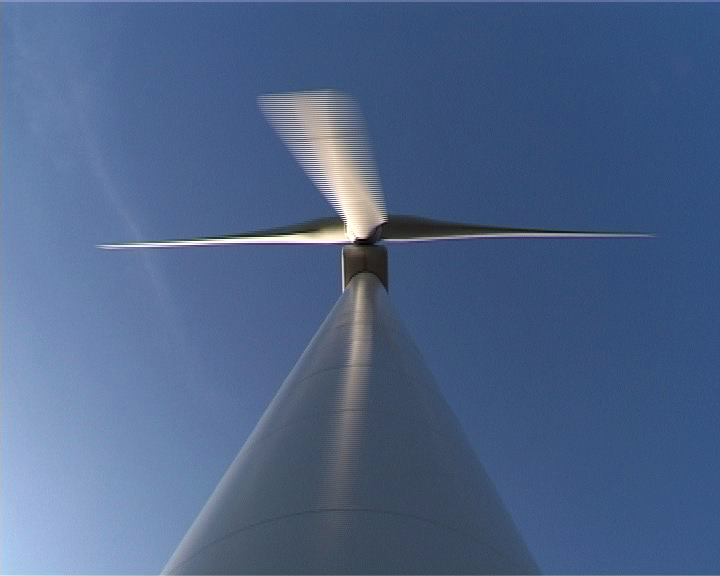 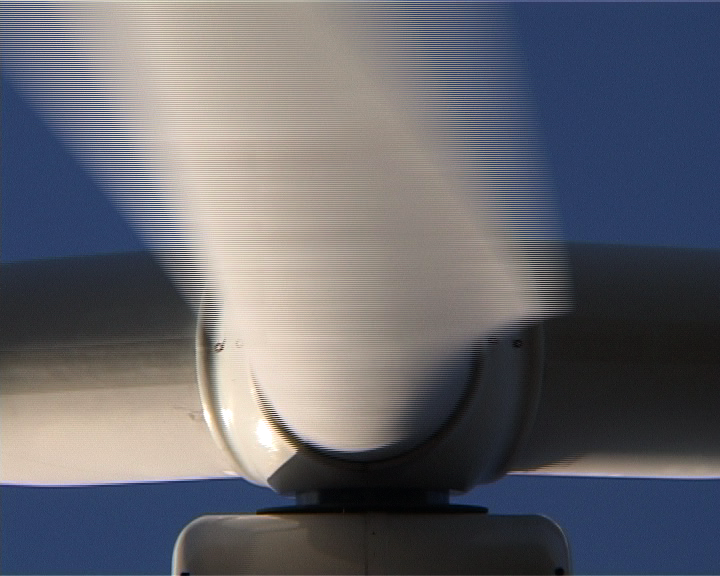 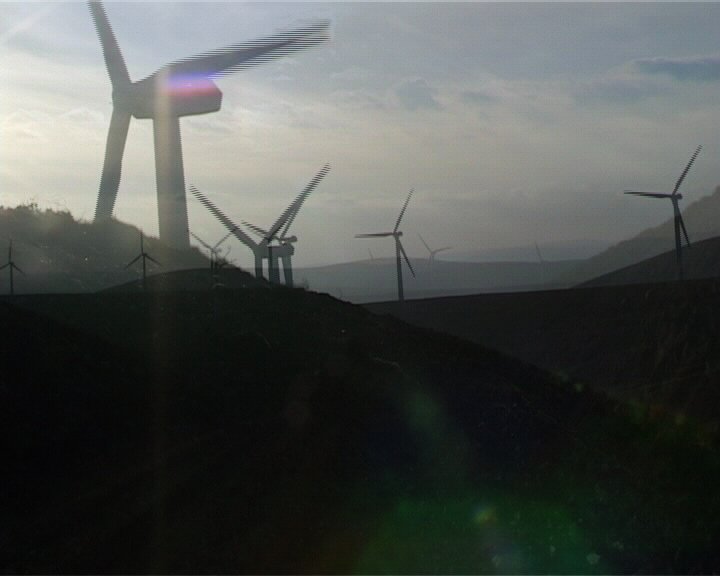 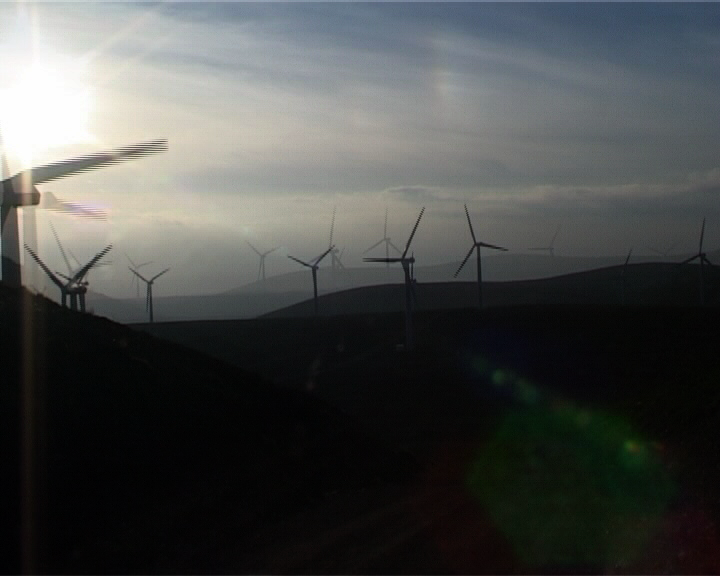 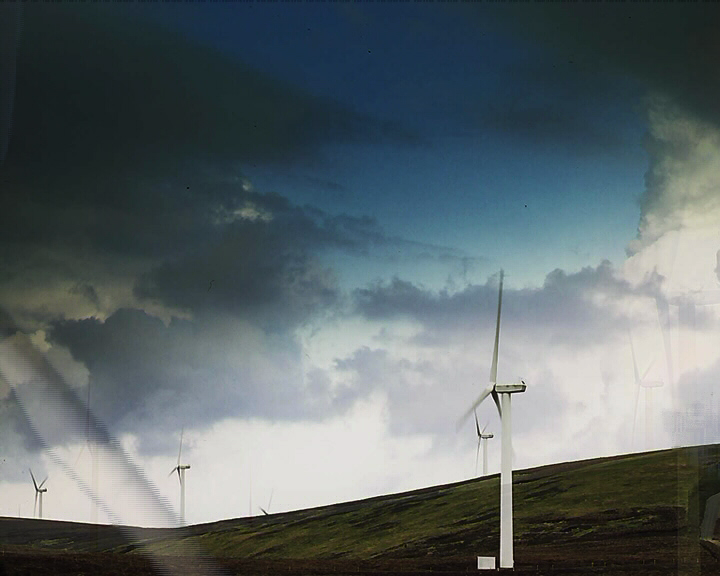 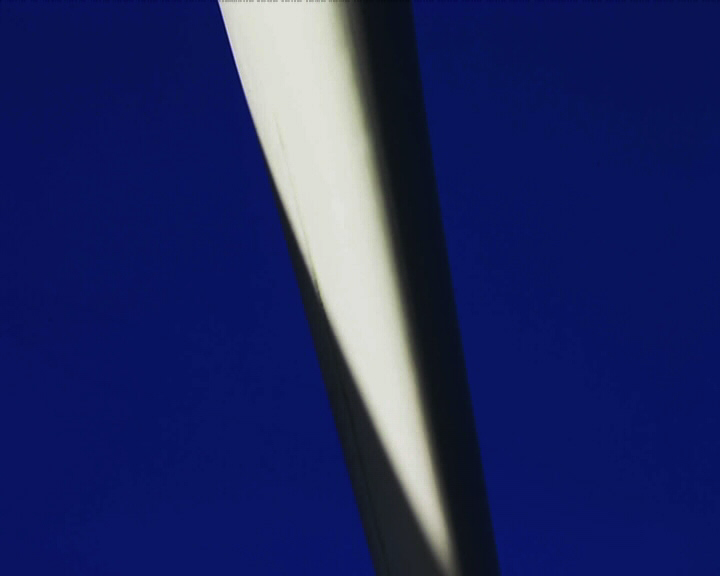 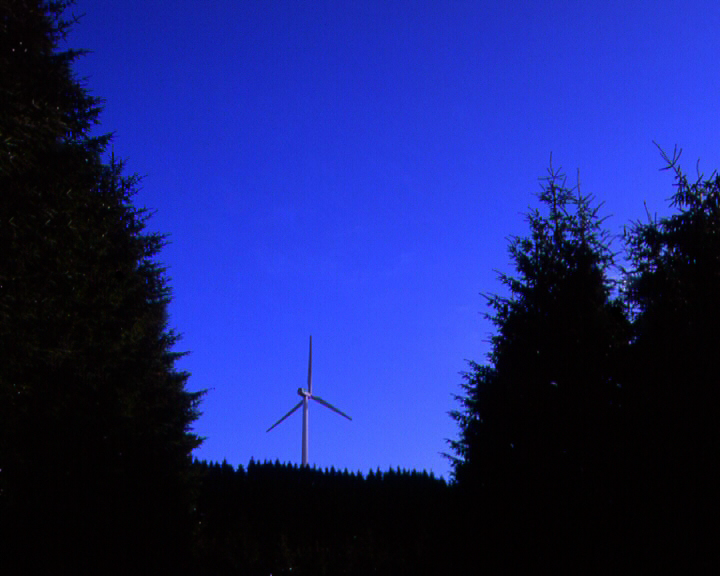 Filmed at the Bowbeat windfarm, this project sought to explore the awareness and presence of a windfarm within the local Scottish Borders community of Innerleithen. Featuring the journey to and experience of being among the wind turbines, the films were then shown on an ongoing loop in an empty shop on Innerleithen high street. The film aimed to be agnostic about the political issues surrounding windfarms, instead giving an experience of sensory immersion in the windfarm site itself. It uses surround-sound recordings of the site alongside an immersive 3 screen projection within the shop.

Produced during a period of collaborative practice with the artist Alexander Hamilton.

The Windmills of Innerleithen subsequently toured as part of Drift, an international touring programme of sound and video art, curated by Iliyana Nedkova. This had its World Premiere at the 58th Edinburgh International Film Festival 7 Aug – 19 Sept 2004.

You can download the essay by Iliyana Nedkova: The Windmills of Innerleithen – the New Readymades and Menhirs of the North produced for the exhibition publication.